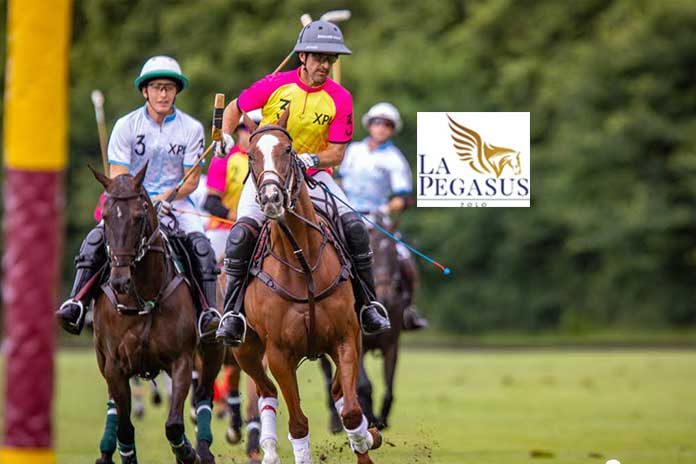 Sanjay Jindal-owned La Pegasus Polo have confirmed the entry of their International Team for the inaugural edition of the X-treme Polo League (XPL), a concept envisioned by former Argentine Polo player Juan Zavalia and inspired by India’s Indian Premier League (IPL) to popularize the sport of polo the world over.

The XPL, starting on September 5, tomorrow, has been devised to eventually become a global polo league from the next edition.

The inaugural season, with a total prize money of $724,000, begins just before the start of the Spring Polo Season in Argentina. The finals are slated for October 5 at the PILAR Polo grounds in Buenos Aires.

a country well known, to be the best in Polo for a long time and having the game’s best players.

The Mumbai-based La Pegasus Polo International XPL Team will be the only Indian and foreign franchise in the world’s first ever Professional Polo league.

Commenting on the development, La Pegasus Polo patron and founder Sanjay Jindal said, “After renewing the Partnership with the Argentina Open Polo Championship, we felt it was only natural for us to Partner with a Revolutionary New concept, having an immense potential to popularize the game of Polo. It is another proud moment in La Pegasus Polo’s journey, as it could not be that such great strides were being made in the game and India, the land of Polo’s birth, could be left out. We look forward to the day when the XPL is played in India.”

Juan Zavalia, founder of league administrators EBI Media Holdings, said “This is a very welcome step and we appreciate the vision and passion continuously demonstrated by Mr. Sanjay Jindal and La Pegasus Polo in spreading and popularizing the game. We wish him and his XPL Team all the very best in the Inaugural Edition and we look forward to the day when the XPL will be played in the land where it all began, India”

The league’s franchises are owned by some of the top names in global polo, like Ellerstina, Las Monjitas, La Ensenada, La Albertina Abu Dhabi, La Pegasus, La Aguada, La Alegria and Thai Polo. Some of the prominent names to feature in the league include the likes of the Facundo Pieres, the Castagnola Brothers – Camilo Castagnola and B. Castagnola, Mariano Auerre and Miguel N. Astrada.

The XPL will consist of players wherein the sum of all the players’ handicap within a team should be between 28-34 handicaps. Each team is allowed a maximum a two players with a handicap of 10. As far as the rules of the game go, there will be six chukkers of 6:30 min each and for the first time in Polo, player changes (substitutions) are going to be allowed during the game. To add more excitement to the game, goals scored from outside the 80-yard line will count as double.

The XPL plans to move to places like the USA, UK, France, Spain, Dubai and Qatar, in the coming years besides Argentina and plans are afoot to bring it to India by 2021 as per Zavalia and his organization EBI Media Holdings.