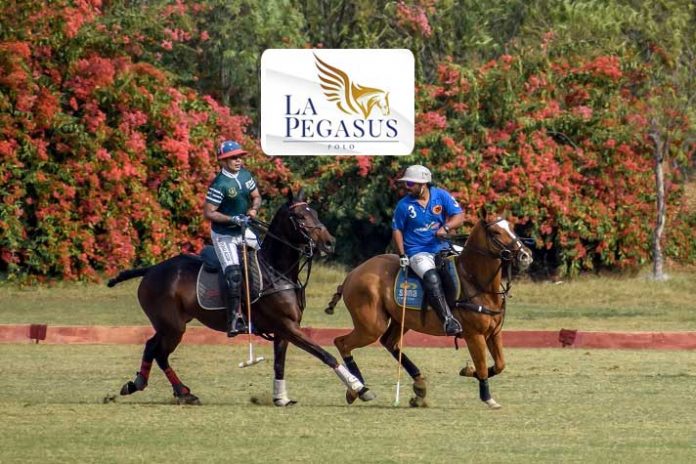 After successfully hosting a High Goal All Stars Argentinian team in a three-Test series, the Sanjay Jindal founded La Pegasus Polo, one of India’s upcoming premier Polo establishments, continues in its endeavor to promote the sport and its players by bagging three-year sponsorship rights of prestigious Northern India Polo Championship, the crown jewel of Delhi’s Spring Polo Season.

The toast of the Polo fraternity across the nation and held under the aegis of the Indian Polo Association (IPA), this year’s tournament is scheduled on February 19-24, 2019, at the famous Jaipur Polo Ground (JPC). The Army Polo & Riding Centre (APRC) conducts the tournament.

The Indian Army also promotes the tournament in a big way and Chief of Army Staff (COAS), Gen. Bipin Rawat, is expected to be the Chief Guest for the final. Quarter Master General of the Indian Army, Lt. Gen. Ashok Ambre is also expected to attend the final.

Commenting on the development, Hon. Sec. IPA, Col. Ravi Rathore +5 Handicap Polo Player, VSM & Arjuna Award winner for Polo said, “We are very happy to have La Pegasus Polo sponsor the top attraction of Delhi’s Spring Polo season, the Northern India Polo Championship and more so because it is a long term commitment. We at the IPA have been working closely with La Pegasus Polo for a long time now and they have been doing a stellar job in growing and promoting Polo in India. This will be another feather in their cap and I congratulate Sanjay Jindal for his vision, passion and commitment.”

Mr. Sanjay Jindal, Patron & Founder La Pegasus Polo was also naturally upbeat at the development saying, “It is a great honour to be able to associate La Pegasus with a tournament as prestigious as the Northern India Polo Championship and I thank the IPA for providing me with this opportunity. La Pegasus Polo is committed in its endeavor to promote Polo, which has its roots in this great country. Our first ever Polo centre in Sakatpur, Gurugram, and the recent successful Test tour of the world-beating Argentine High-Goalers was a reiteration of that commitment and this association is another step in that direction, of many to follow. We wish all participating teams the best of luck and success.”

La Pegasus Polo is also the defending champion of the tournament, which has been played every year since 1922 as a 16 Goal Polo Tournament.