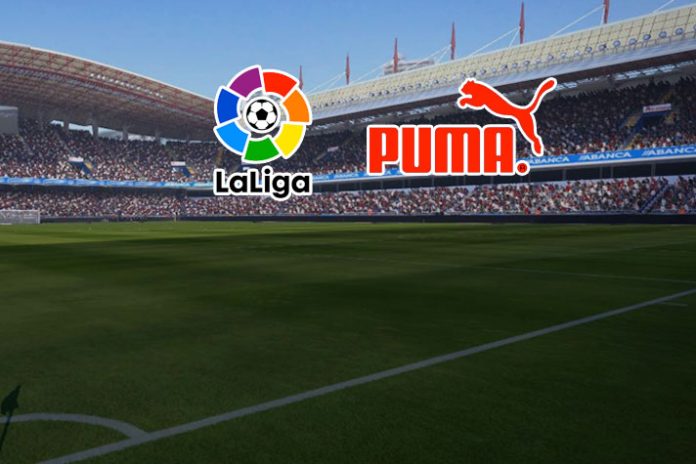 La Liga have confirmed their 23 year partnership with Nike will end at the end of the season – with Puma to take over as the league’s ball manufacturer for the 2019-20 campaign.

Puma have signed a mega money three season deal to produce all footballs for the Spanish top flight, bringing to an end one of the longest collaborations in European sport. La Liga bosses are yet to officially comment on the financial details of the new deal, or why they have taken the decision to move away from Nike, for the forthcoming season.

According to the reports, the deal will last until the end of the 2022 season and Puma will reportedly paying US$5.6 million to take over from current suppliers. La Liga’s decision to switch suppliers apparently comes amid growing frustrations that Nike was providing the league with a ball that is very similar to the English Premier League and Italian Serie A. Nike and La Liga’s partnership has lasted for 23 years but this new direction is another step in Puma’s attempts to return to the pinnacle of European soccer.

Recently, Puma has confirmed a big contract with City Football Group (CFG), Manchester City’s ownership company which counts La Liga outfit Girona amongst its portfolio, as well as reportedly agreeing deal with Spanish giants Valencia for next season. The German sports brand announced last week that they would be producing the kits for La Liga side Valencia for the next three seasons, as they end their current deal with Adidas.