Mumbai Indians and Indian all-rounder Krunal Pandya has extended an ‘unlimited’ financial aid to fellow Baroda cricketer Jacob Martin, who is on ventilator support since December 28 following an accident.

The former India, Baroda and Railways cricketer Martin is on the life-support system with critical lung and lever damage. Cricket fraternity in coming forward to extend financial aid to the Martin family for his treatment, which is costing up to ₹ 70,000 per day.

Krunal has handed a blank cheque for Martin’s treatment. He has left it to the family to put the amount as per their need and not less than ₹ 1 lakh under any circumstances.

Earlier former Indian captain Sourav Ganguly and a host of other cricketers have contributed towards Martin’s treatment.

Former Board of Control for Cricket in India and the Baroda Cricket Association secretary Sanjay Patel has taken the responsibility to raise funds for the treatment. He has since approached former and present cricketers and cricket administrators.

Also Read: LIVE Streaming & Updates: All you want to know about India-NZ series

Ganguly, after having assured the Martin family of all possible help, had yesterday (Monday) transferred transfer funds for his former teammate. He has also reportedly requested Martin’s wife that “she shouldn’t hesitate to contact me if further assistance is required”.

Baroda’s famous Pathan brothers – Irfan and Yusuf, Zaheer Khan and Ashish Nehra have also come together to support the family in the time of crisis. Indian head coach Ravi Shastri had also assured Patel from New Zealand of all the help possible. 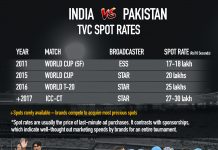