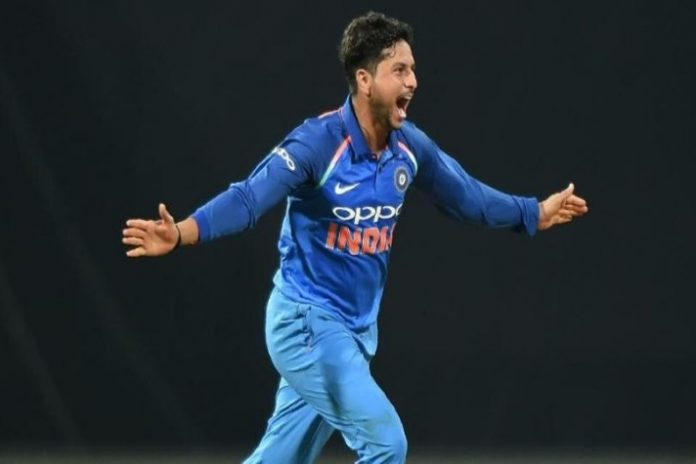 Kuldeep Yadav became the fastest Indian spinner to claim 100 wickets in ODI cricket during the second match against Australia in Rajkot on Friday.

The left-arm wrist-spinner reached the milestone in his 58th match when he got rid of Alex Carey for 18 in the 38th over of the Australian run chase.

Among the spinners, the earlier fastest to 100 wickets was Harbhajan Singh in 76 matches.

“Two wickets in one Kuldeep Yadav over of Alex Carey and Steve Smith and we are right back into the game.@imkuldeep18 has unlocked another milestone as he gets to his 100 ODI wickets,” the BCCI said in a tweet.

The 25-year-old Kuldeep last year became the first Indian cricketer to claim two hat-tricks in international cricket when he pulled off the feat during the 2nd ODI against the West Indies.

Also Read: This IPL is going to be massive for Kuldeep: Bangar