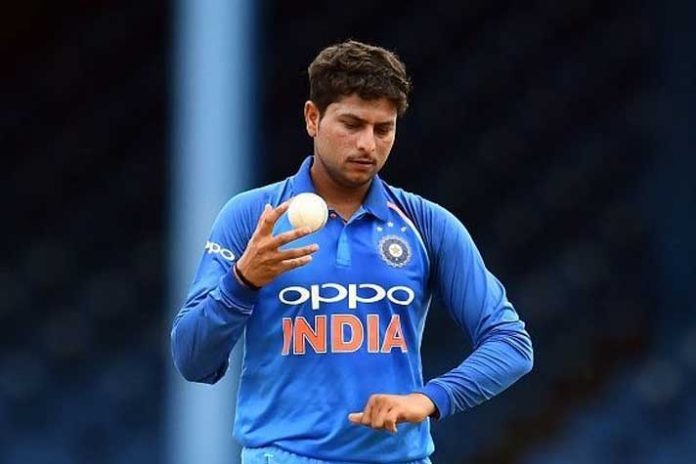 India spinner Kuldeep Yadav has moved up one place to take a career-best second position in the MRF Tyres ICC Men’s T20I Player Rankings after grabbing two for 26 in the final match against New Zealand which his side lost by four runs to go 1-2 down in the series.

The 24-year-old left-arm wrist-spinner accounted for well-set openers Tim Seifert and Colin Munro in the only match he played during the series and reaped immediate dividends. He is now only behind Afghanistan leg-spinner Rashid Khan in the table.

Spinners Imad Wasim of Pakistan (up five places to fourth position) and Mitchell Santner of New Zealand (up four places to 10th) have also made significant progress in the latest rankings update that includes two other series –  South Africa-Pakistan and Nepal-United Arab Emirates, won by South Africa and Nepal by an identical 2-1 margins.

Left-arm spinner Krunal Pandya was another spinner to move up as he advanced 39 places to a career-best 58th while India openers Rohit Sharma (up three places to seventh) and Shikhar Dhawan (up one place to 11th) have made progress with some useful knocks.

Pakistan’s Babar Azam continues to be at the top of the batsmen’s list after scoring 151 runs in the series while Hussain Talat has gained 19 places to reach 56th position after aggregating 98 runs. Shaheen Afridi has moved up 28 places to a career-best 48th position among bowlers.

In the MRF Tyres ICC Men’s T20I Team Rankings, South Africa have overtaken Australia and England to third place while Nepal have overtaken the UAE marginally to be in 14th position even as they come onto the table within a week of similarly crossing the threshold of eight matches and gaining entry in the ODI table.

*Shikhar Dhawan (671) and Virat Kohli are in the 11th an joint 19th position respectively.

*Yazuvender Chahal (609) and Bhubaneswar Kumal (608) are in the 17th and 18th positions respectively.

India in no danger of losing World Cup 2023 rights: ICC