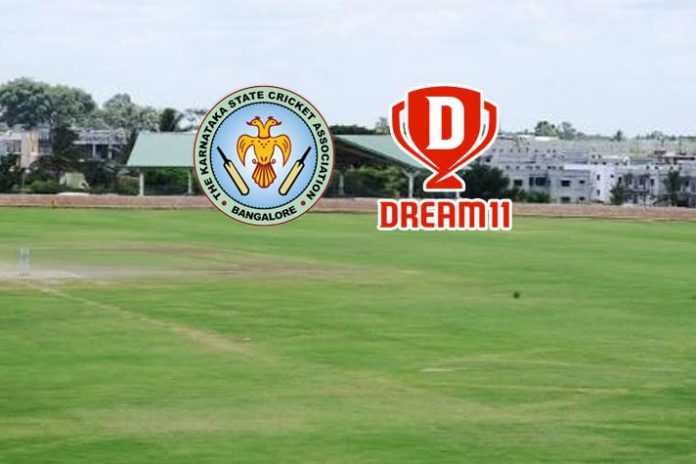 The Karnataka State Cricket Association (KSCA) has signed up with sports gaming platform Dream11 as their Official Fantasy Game Partner. The 3-year partnership will kick-start  with their blue ribbon event, the Karnataka Premier League Twenty 20, that starts on August 16 at Bengaluru.

Through this partnership, cricket fans will be able to deeply engage with KPL matches by creating their own fantasy teams on Dream11 and competing with their friends. Dream11 will also give live updates of every KPL T20 match to its users. For in-stadium fan engagement in every KPL match, top Dream11 users will enjoy the KPL Hospitality experience and in addition to this, the user will be handing over the trophy and cheque in the post-match presentation ceremony to the player who has been selected as the “Dream11 Game Changer of the Match”.

The KPL T20, now in its eighth edition, has garnered 42.8 million unique viewers and 353.1 million average impressions, recording a growth of 17% over last season and is primed for a massive spurt in 2019. The second leg will be held in Hubli and the third in Mysuru, where the finals will also be hosted on September 1.

“This is a huge boost for KPL. We are bullish that the partnership with Dream11 is going to significantly increase the interest in our league” KSCA president Sanjay Desai said.

“Dream11 has witnessed good traction with regional cricket leagues with our +7 Crore users. We have been partnering with sports leagues and associations at international and domestic levels. Our focus is to deeply engage sports fans with the sport they love and also connect the sport with their fans. Indian cricket fans are rapidly building an affinity towards different formats of cricket. With the ongoing success of KPL, we are sure it will resonate strongly with our users”, said Dream11 Spokesperson.

“KPL T20’s growth in terms of talent development, fan engagement and viewership is testament to its depth as a platform that offers both; home-grown Karnataka brands an opportunity to make a national impact and national brands to activate local markets of Karnataka and beyond in a hyper-local manner’’, said Tushaar Garg, Executive Vice President of Twenty-First-Century Media (TCM)