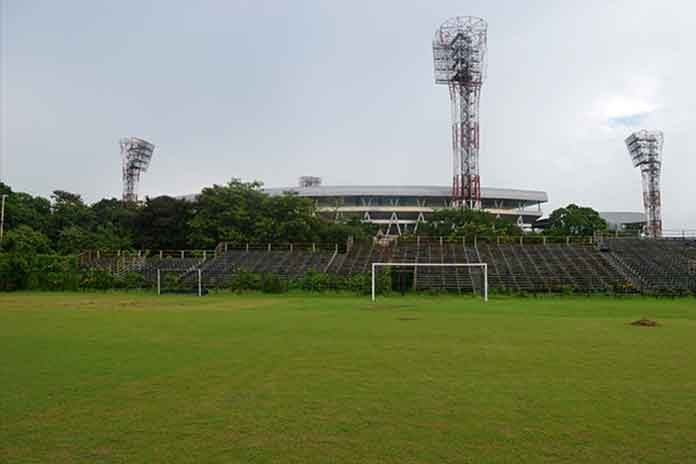 Former striker Ansumana Kromah will stand in the way of Mohun Bagan‘s maiden win of the season when the Kolkata giants take on Aizawl FC in the I-League match here Saturday.

Once a vital cog in the Mariners attack, the Liberian became out of favour with the Shankarlal Chakraborty side because of his ‘bad influence’ on the team.

Donning the Peerless SC colours, Kromah headlined the recently-concluded Calcutta Football League by becoming the top-scorer with 11 goals that helped his side finish runner-up.

Kromah also scored a stoppage time goal to deny Mohun Bagan a victory and followed it up with a muted celebration. The 26-year-old playmaker will again look to prove a point against his former team.

Mohun Bagan, who are playing their first home game of the season, will eye victory with the crowd behind them. They were held to 1-1 draw by Gokulam FC.

Aizawl FC, on the other hand, have lost their first encounter of the season against Shillong Lajong FC 1-2 in a match Kromah scored from a penalty.

Kromah can start as an attacking midfielder, as a striker and can be lethal from the left wing and his inside knowledge of Mohun Bagan’s strategies and tactics will also be a key factor.

All eyes in the match will be on Mohun Bagan’s fan favourite Sony Norde, who is likely to start after clearing a fitness test.

The Haitian, who played an instrumental role in their I-League triumph in 2015, has completed the signing formalities this morning and will be back in the reckoning after an injury-laden last season.

Norde played for about an hour in a practice match against Kalighat on Thursday and he is all set to be back, making a formidable attacking line-up alongside Dipanda Dicka and Henry Kisekka.

The pressure will be on Mohun Bagan with arch-rivals East Bengal notching two back-to-back wins.

Aizawl coach Gift Raikhan did an exceptional job with debutants NEROCA FC in the last season, guiding them to a second spot finish, but he has a new challenge to prove for the 2016-17 champions.

Also Read: Mohun Bagan threatens to pull out of IFA