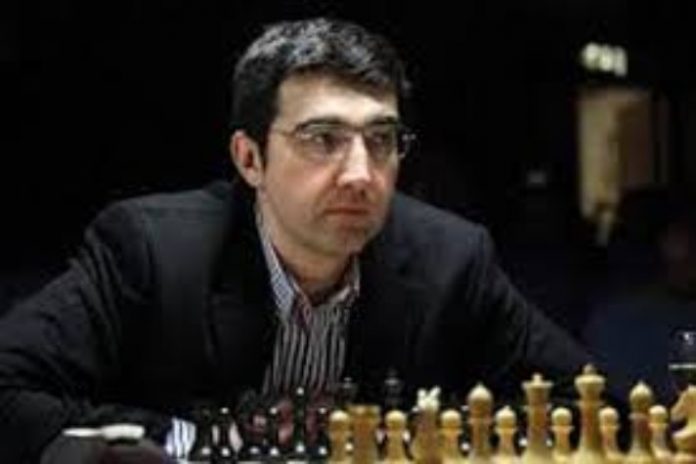 The camp, the second organised by Microsense, will also see Boris Gelfand, a former world title challenger, impart training to the Indian players.

Kramnik had conducted a camp for eight players in August in France.

Eight of the participants are Grand Masters while the rest are International Masters. Two girls would also be part of the residential camp.

Kramnik was quoted as saying in a release that he was happy to be coaching the Indian youngsters again.

“After the first camp which we held in Chens-Sur-Leman, France, I am glad that we are having the second camp once again. This time it is even more exciting because it will be held in Chennai, and from six students, we will be having 14.

“I am also very excited that I will be joined by Boris Gelfand to train these youngsters. Incidentally, the last time I was in India was back in 90s for a match against Boris! Once again I will be in India working alongside him,” said Kramnik.

He said the focus will be on openings during the camp.

“We (Boris and I) will try our best to impart the opening knowledge we have gathered after years of practical experience of playing chess at the highest level,” he added.

On his part, Gelfand said he was excited to be part of the project to train Indian youngsters.

“India has a unique generation of talents and aspiring to become the superpower of chess world. I am sure that during our camp they’ll learn a lot about the way to think to approach chess and would improve their work ethic,” Gelfand, a contemporary of Indian legend Viswanathan Anand, said.

Gukesh, Praggnanandhaa, Iniyan, Erigasi, Sadhwani and Mendonca had taken part in the camp held in August.