Poonam, well known for her love for cricket and cricket memorabilia, is also a recipient of the Order of the British Empire. Poonam Gupta, the buyer, who is the Chief Executive Officer of a Scotland-based company named PG Papers.

The painting was auctioned at the a charity dinner hosted by Virat on June 5, Monday. The proceeds go to the Virat Kohli foundation. 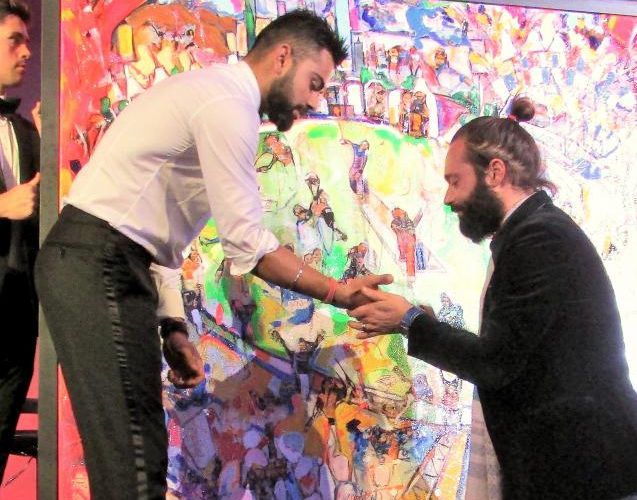 The renowned British-Indian painter unveiled a painting at the Royal Armory Club in London to honour Virat’s great achievements with who is who of the cricketing world in attendance. Virat interestingly didn’t autograph the painting. He rather, like many of innings do, left an impression of his right hand on the precious canvas. 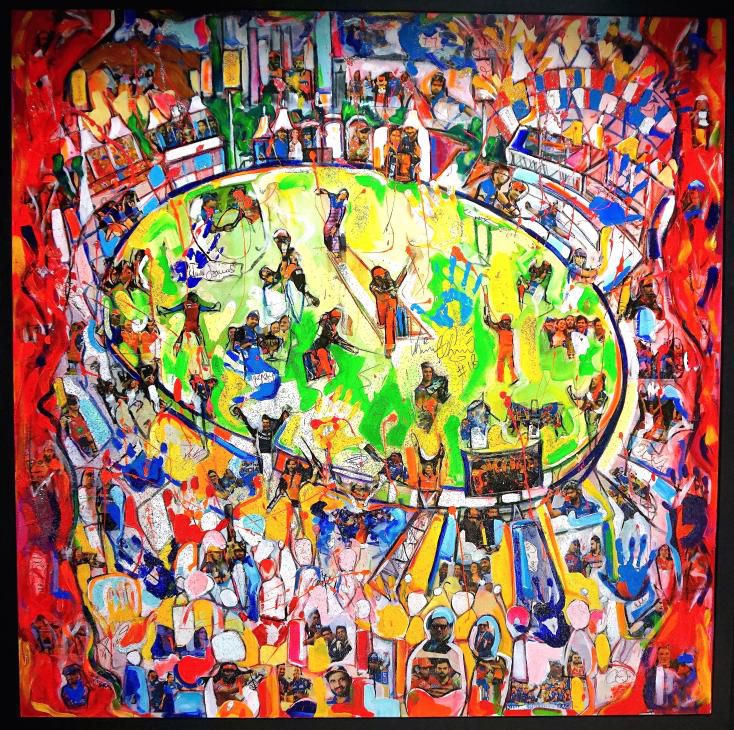 Jafri’s artwork was also a tribute to Kohli for surpassing Sir Don Bradman’s record of double centuries in successive series. The subject and the artiste, Virat and Sacha came together on the stage at the The Royal Gala Dinner, held to aid UNICEF. 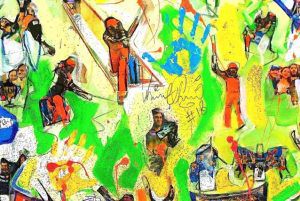 Poonam bought the painting as much for her love for the game as for the noble causes Virat stands for. “What I like about this young generation of Indian cricketers is that they are responsible and want to make difference on and off the field. I am very connected to the cause taken up by Virat. Slavery has no place in this world and we need to stand up and do our bit with however we can. I am glad Virat has come forward against this evil and by buying this magnificent piece of art created by my favourite artist Sasha Jaffrey, I tick two boxes. I take a rare master piece to my home and also help this noble cause in my own way,” Poonam Gupta said after winning the prized collection.

Incidentally, the charity dinner first made headlines for an unceremonious reasons for the presence of “absconding” business tycoon Vijay Mallya’s presence, which led to the team leaving the auction venue early.

Artist Sasha Jaffrey in the past has also stood for charities and causes of Mahendra Singh Dhoni, Yuvraj Singh and David Beckham.

IPL 2022: “Nobody can doubt his skills as a captain” – CSK CEO on MS Dhoni’s retention