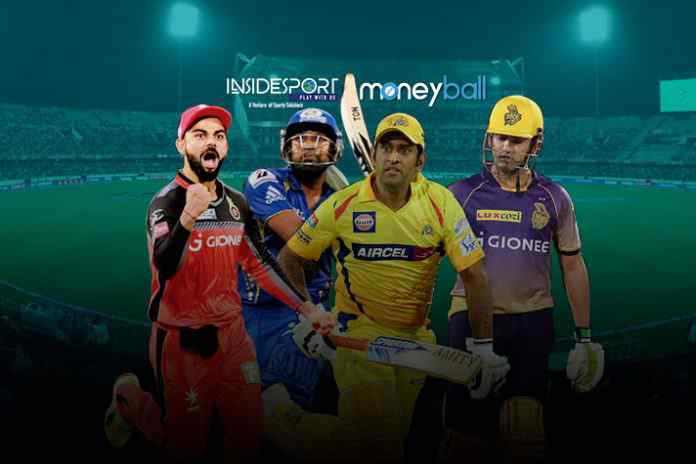 Indian Premier League has rightly justified itself as the ‘cash-rich’ league – a catch-all term to denote one of the richest professional cricket leagues in existence. Rich not just in terms of the biggest commercial deals for sponsorship and media rights, but also for the salaries offered to the cricketers anywhere in the world.

People never fail to sigh in bewilderment when their favourite cricket stars fetch annual IPL salary contracts akin to the leading CEOs in Indian corporate sector. Cricketers from around the world have made their fortunes and earned big bucks playing in IPL. The IPL franchisees till date have disbursed a whopping ₹4,284 crores in player salaries.

While the IPL has created 316 crorepatis out of the total of 694 contracted cricketers over the 11 seasons, there are two elite names to have accumulated worth beyond ₹100 crore from the IPL salaries alone.

The InsideSport professional players’ digital salary calculation and search engine MONEYBALL has mapped the salary data of each cricketer with an IPL contract ever since the League was launched in 2008. MONEYBALL has also ranked all the 694 cricketers on the basis of their IPL salaries.

The MONEYBALL players’ salary ranking data throws some interesting insight. For once, Virat Kohli is edged past by Rohit Sharma in a cricket rankings chart. Mahendra Singh Dhoni tops the list.

InsideSport MONEYBALL, for the first time ever, has compiled a list of IPL players’ rankings based on their aggregate salary from IPL contracts.

The player who tops the chart is none other than Mahendra Singh Dhoni, back to lead Chennai Super Kings this year as the team returns from a two-year suspension. Mr. Captain Cool has till date netted ₹107.8 crores from IPL salaries. Mumbai Indians captain Rohit Sharma comes second in the run with ₹101.6 crores cumulative salary. Interestingly, both the captains of their respective franchisees are the only players to cross the ₹100 crore mark in career IPL salaries.

Surprisingly, India’s top brand icon Kohli with ₹92.2 crores total IPL salary is 4th on the list behind Gautam Gambhir with ₹94.6 crore. There are a total of 17 cricketers who have crossed the 50 crore IPL salary mark which includes 6 foreign cricketers.

The top 20 in IPL salary ranking list includes seven foreign cricketers. Ab de Villiers at seventh rank with ₹69.5 crores aggregate IPL salary is the highest earning foreigner in the cash-rich league. Shane Watson Trail behinds Villiers with ₹69.1 crores. There are only three bowlers in the top 20. Two of them happen to be spinners, including the ballers’ ranking chart topper Sunil Narine.