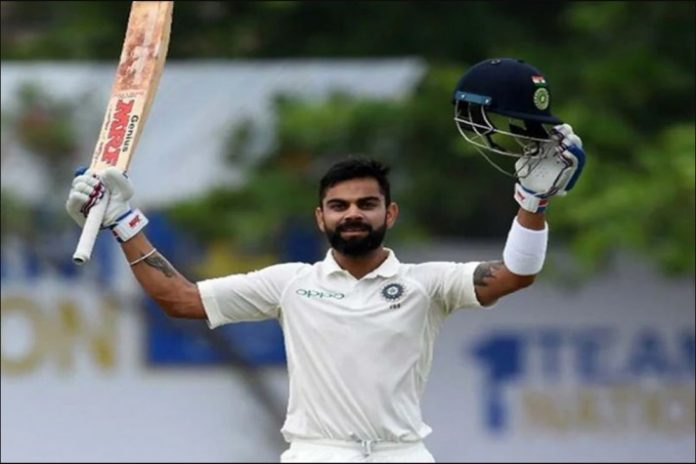 India captain Virat Kohli has reached to within one point of top-ranked Steve Smith in the MRF Tyres ICC Test Player Rankings after his imperious 254 not out in the second Test against South Africa in Pune helped take a winning 2-0 lead in the three match series.

Kohli, who had dropped below 900 points after the first Test for the first time since January 2018, has reached 936 points, which is only one below his career-best rating points achieved in August 2018. The No. 1 ODI batsman thus has a chance to regain the top spot after the final Test in Ranchi.

Opener Mayank Agarwal continues to rise up the rankings. His innings of 108 has lifted him into the top 20 for the first time. He has progressed eight places to reach 17th position after contributing to India’s victory by an innings and 137 runs, ICC has stated in a Press release.

Ravindra Jadeja is at a career-best 40th position among batsmen while spinner Ravichandran Ashwin and fast bowler Umesh Yadav have advanced among bowlers after finishing with six wickets each in Pune. Ashwin has gained three places to reach seventh position while Yadav has moved up six places to 25th, just four below his best of 21st achieved in July 2016.

For South Africa, tail-enders Vernon Philander and Keshav Maharaj have gained with the bat. Philander has moved up from 92nd to 82nd while Maharaj has advanced from 130th to 115th.

India has gained 40 points in the ICC World Test Championship table after the Ranchi win to reach 200 points. They had won a full 120 points for a 2-0 series win in the West Indies and are in line to double that tally in this series.

Read More: It will be foolish to remove Virat Kohli from captaincy: Akhtar