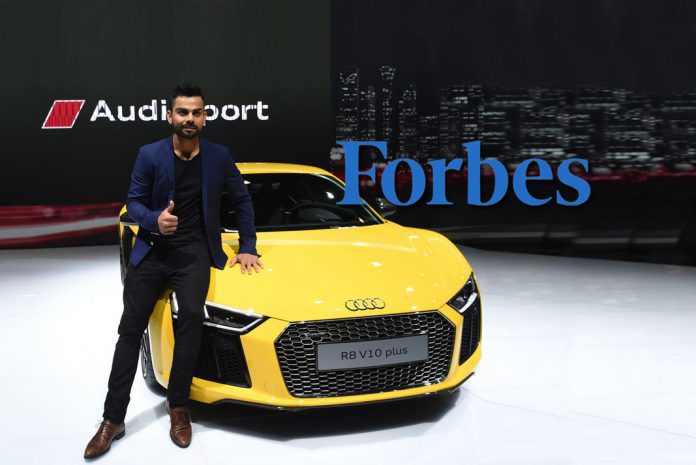 Virat Kohli is in the elite company of Forbes top 100 athletes. He is the only Indian, only cricketer in the list headed by soccer great Christiano Ronaldo. The Team India skipper, highest paid brand icon in India, Virat is placed at No. 89 among world’s highest paid 100 athletes.

The earnings figures include salaries, prize money and bonuses earned between June 2016 and June 2017.

Tennis star Serena Williams, comes in at the 51 spot with $27 million, the lone female athlete to make the cut this year. 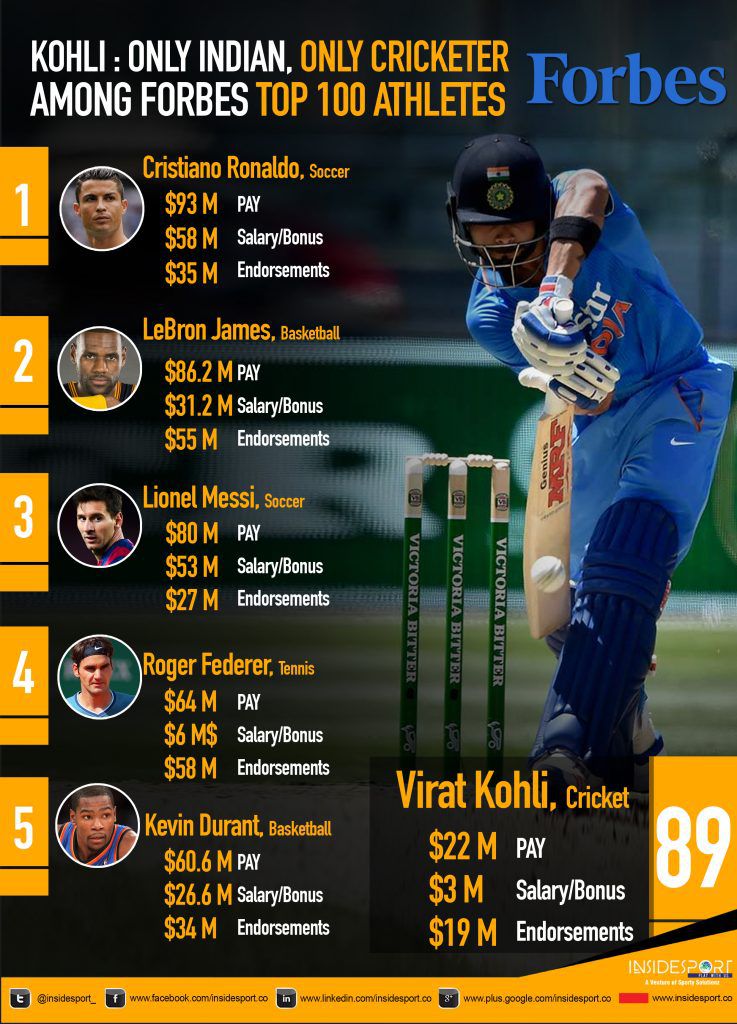 The magazine has described Kohli as the “Indian cricket phenom” and added that the sports star has “for good reason” already drawn comparisons to all-time great Sachin Tendulkar. It added that Kohli has continuously shattered batting records and in 2015 was named the captain of the Indian national team, making him one of the youngest players to ever hold the job.

Forbes also writes that last year Kohli made nearly $1 million in salary and match fees from his national team play, and he’s also among the Indian Premier League’s highest-paid players thanks to a $2.3 million salary from the Royal Challengers Bangalore.

“The vast majority of his income, however, comes from one of the sports world’s most impressive sponsorships portfolios,” Forbes mentions.

Golf legend Tiger Woods, who was arrested recently after police found him asleep at the steering wheel of his car as a result of his medication, comes in at the 17th spot. The magazine has stated while Woods continues to “sink further away” from the player that dominated the golf landscape, “sponsors still see value in partnering with” him.

The list also includes tennis greats Novak Djokovic at No. 16 and Rafael Nadal in the the 33rd position

Athletes from 21 countries are represented among the top 100, but Americans dominate the list with 63 entries, thanks to soaring salaries in the professional Americans leagues like the National Basketball Association, National Football League and Major League Baseball.