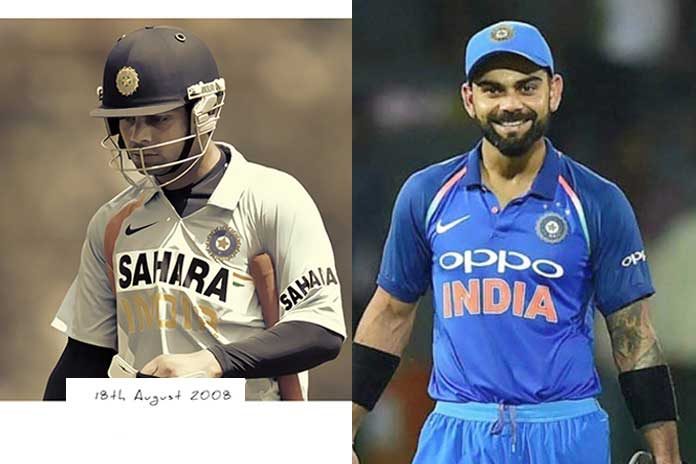 Indian captain Virat Kohli has become the first batsman to score 20,000 international runs in a single decade, the incredible stat providing another reflection of his greatness.

Kohli has aggregated 20,502 runs across three formats out of which he has scored 20,018 in the ongoing decade.

The batting maestro achieved the feat on the way to his match-winning hundred, his 43rd in the format, against the West Indies in the third ODI on Wednesday.

Kohli made his Test and T20 Internationals debut in 2010. He had already scored 484 runs in ODI cricket after making his debut in 2008.

Australia’s former skipper Ricky Ponting held the record for scoring most international runs in a decade with 18,962 to his credit in the 2000s.

Gayli is an “icon” but his best part is fun-loving and friendly nature: Kohli

Former South Africa all-rounder Jacques Kallis is on the third position with 16,777 runs in the 2000s.

Sri Lankan legends Mahela Jaywardene and Kumar Sangakkara are fourth and fifth on the list of most runs scored in a decade with 16304 and 15999, respectively.

Indian batting icon Sachin Tendulkar is sixth with 15962 runs in the 2000s while his teammate Rahul Dravid is seventh with 15853.

Kohli made an unbeaten 114 against West Indies in the final ODI of the three-match series, helping his side to a six-wicket victory and a 2-0 series win.

The 30-year-old had also scored a century in the second ODI of the series.