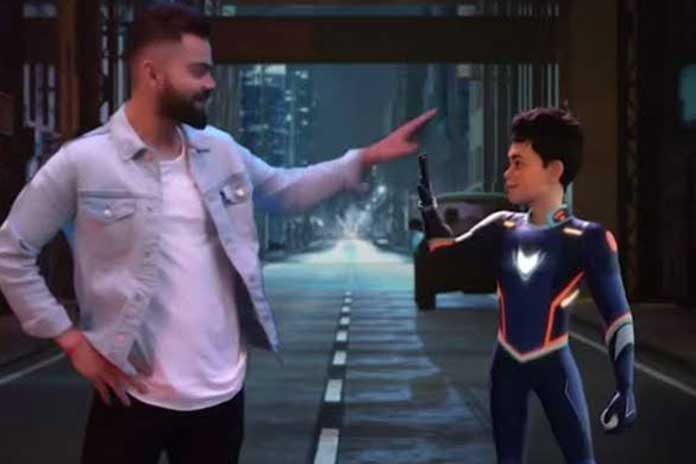 Virat Kohli is super excited with his animated superhero avatar Super V. The animation series will feature Kohli as a teen superhero named Super V. The character is inspired by Virat.

Star India Network’s will venture into the superhero animation with the Super V series.

Kohli on his official twitter handle @imKohli has shared the trailer of the upcoming series with the caption, “This superhero is capable of doing things even I can’t!

This superhero is capable of doing things even I can’t! ?

Nov 5 – Save the date! ? pic.twitter.com/Ef6ZBXwCfp

The character Super V is inspired by the most-inspiring character in contemporary cricket – Virat Kohli.

Disney releasing the promotional video on its YouTube channel had stated, “Here’s someone who can go head-to-head with the magnificent #ViratKohli! Meet #SuperV, he’s cool, he’s fast, he’s strong and he’s coming into our lives on his birthday! Starts November 5 ‘19.”

The Super Hero  Series, created by Disney, will be launched on November 5 – Virat Kohli’s birthday.