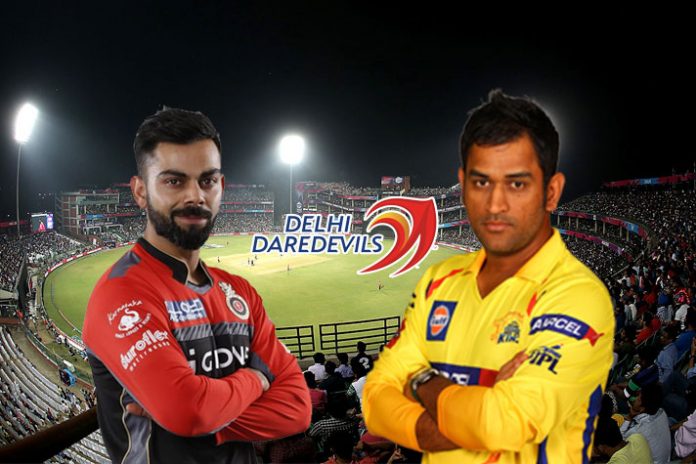 Delhi Daredevils have released their ticket pricing deck for the Indian Premier League 2018. The tickets for the matches featuring Virat Kohli and Mahendra Singh Dhoni will invoke a premium.

It is a routine for the IPL or any top sports or entertainment events to invoke a premium over the weekend. The Delhi Daredevils have also taken into consideration the star value of their rival teams to decide the ticket prices for the season. That can be the only reason that most expensive ticket for the season opener against the Kings XI Punjab on Sunday is priced at ₹15,000 whereas the Royal Challengers Bangalore tie on a Saturday and the Chennai Super Kings match on a Friday are priced at ₹17,500 in the same category.

KXIP, Rajasthan Royals who play in Delhi on Wednesday, May 2, and Sunrisers Hyderabad tie on Thursday, May 10, have the highest denomination tickets for ₹15,000.

The top-most premium tickets for the games against Defending Champions Mumbai Indians on Sunday, May 20, and the Kolkata Knight Riders on April 27, Friday, are sold for ₹16,000.

The tickets for Delhi Daredevils home games at Ferozeshah Kotla will range from ₹ 750 for the East Top Level to ₹ 17,500 for Super Hospitality (Marquee) block. 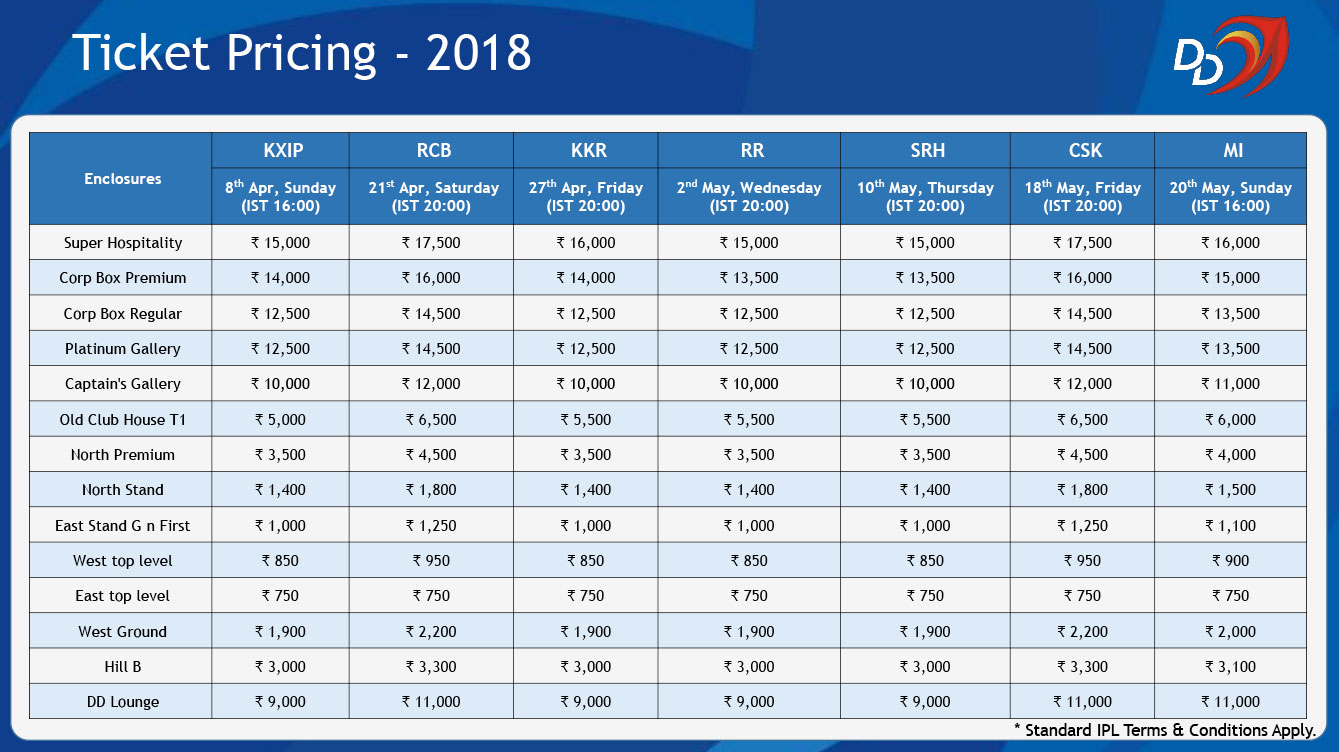 The Daredevils host Kings XI Punjab for their first match on Sunday, April 8 – a day after the IPL Season XI kick starts in Mumbai between the hosts and Chennai Super Kings.