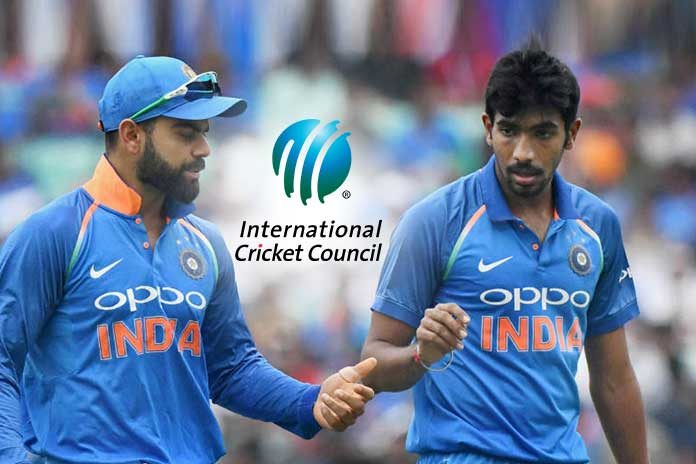 Virat Kohli and Jasprit Bumrah continue to lead the International Cricket Council’s One-Day rankings as the No. 1 batsman and bowler respectively. Rohit Sharma occupies the second position with Shikhar Dhawan at No. 5 and Mahendra Singh Dhoni at 18 also figuring among the top 20 batsmen.

Among bowlers, Kuldeep Yadav is placed third behind Afghanistan star Rashid Khan, while Yuzvendra Chahal is in the 11th position.

Among the teams, England will have to win their series against Sri Lanka to retain the top rank, while India plays West Indies with an eye on top spot.

South African bowlers Kagiso Rabada and Imran Tahir have advanced within the top-10 of the MRF Tyres ICC ODI Player Rankings after their side’s 3-0 home series triumph over Zimbabwe, ICC has stated in a Press release.

Fast bowler Rabada, ranked second in Tests, has moved up three spots to take the sixth position following his five wickets in two matches, while formerly top-ranked leg-spinner Tahir’s player of the series effort of 10 wickets, which included a hat-trick in the second ODI, has seen him progress three places to the seventh spot.

South Africa’s facile win did not impact the MRF Tyres ICC ODI Team Rankings as both teams remained on their pre-series points tally – the home side in fourth position on 110 points and Zimbabwe in 11th position on 53 points.

Meanwhile, the top sides will continue to prepare for next year’s ICC Cricket World Cup in England and Wales with five sides to feature in 13 50-over matches this month. To add further context to these matches, the number-one ranking will potentially be up for the taking depending on how the Sri Lanka and England series pans out.

In the England v Sri Lanka series, which starts in Dambulla on 10 October, England will have to win the series to retain their number-one ranking. Their failure to win the series, will give India a sniff at the top spot when they will take on the West Indies in the five-ODI series from 21 October.

However, if both England and India win all their matches in the upcoming series against Sri Lanka and the West Indies respectively, then they will gain a point each to finish on 128 and 123 points respectively, thus retaining a difference of five points.

The ODI team rankings, unlike the Test rankings, are updated after each match. The predictor function is available here.