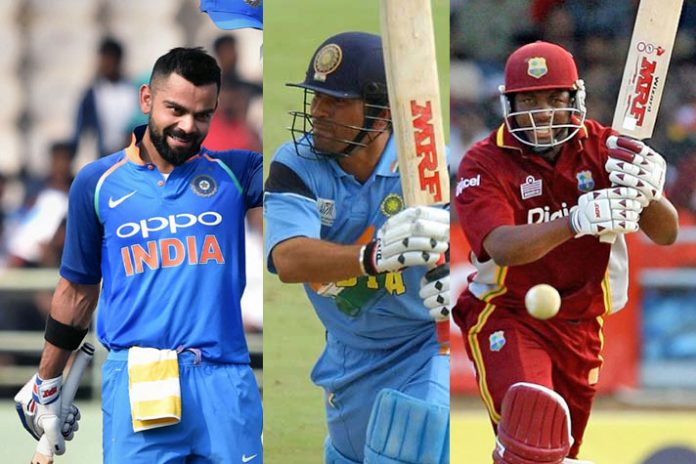 Kohli reached the milestone in only his 417th international innings, while Tendulkar and Lara, both retired now, took 453 innings each to get there.

Prior to Thursday’s match, Kohli was 37 runs short of the milestone and reached the feat with a single off West Indies skipper Jason Holder in the 25th over of the India innings.

His runs tally in ODIs prior to Thursday’s match stood at 11903.

Besides this, Kohli also became only the third captain in the history of the World Cup to register four consecutive 50-plus scores.