Coming off Wednesday’s 10-point fourth quarter in Boston, he has 5 points in 3:36 of 4th-quarter time tonight. Mavericks 85, Knicks 75 with five minutes left.

Mavs are 23-4 when leading entering the fourth quarter

EP weaving his way through pic.twitter.com/oPMi4KICwv

OBI WITH THE LEFT pic.twitter.com/MEnBcXgJ96

Hangin’ and bangin’ off the glass pic.twitter.com/dCtt8SxhpI

Porzingis’ rough night continues. His second turnover, along with 1-7 shooting, leads to a Knicks dunk and 39-31 New York lead.

School is in session 📚🍏 pic.twitter.com/dNZHruYtgy

Juls gets the scoring started. pic.twitter.com/k73DsygUos

Julius gets the scoring started. pic.twitter.com/k73DsygUos

That surprise, though, was mild compared to Carlisle’s shock earlier Monday when he was informed that the COVID-19 test that he took in the morning turned up positive. Carlisle said he feels fine, and in fact, has been fully vaccinated since January, and that he is hopeful the test result was a false positive.

Same five to start it off @TheGarden 👊 pic.twitter.com/qdOYsCbB3z

The Dallas Mavericks are the better team here and have played the better, more consistent basketball, but the Knicks have been kind to us all season in the underdog role.

Julius Randle is averaging 23.1 points and 5.8 assists while RJ Barrett is averaging 17.5 points and 6.1 rebounds. Alec Burks is the third double-digit scorer and Derrick Rose is dishing 4.3 assists. 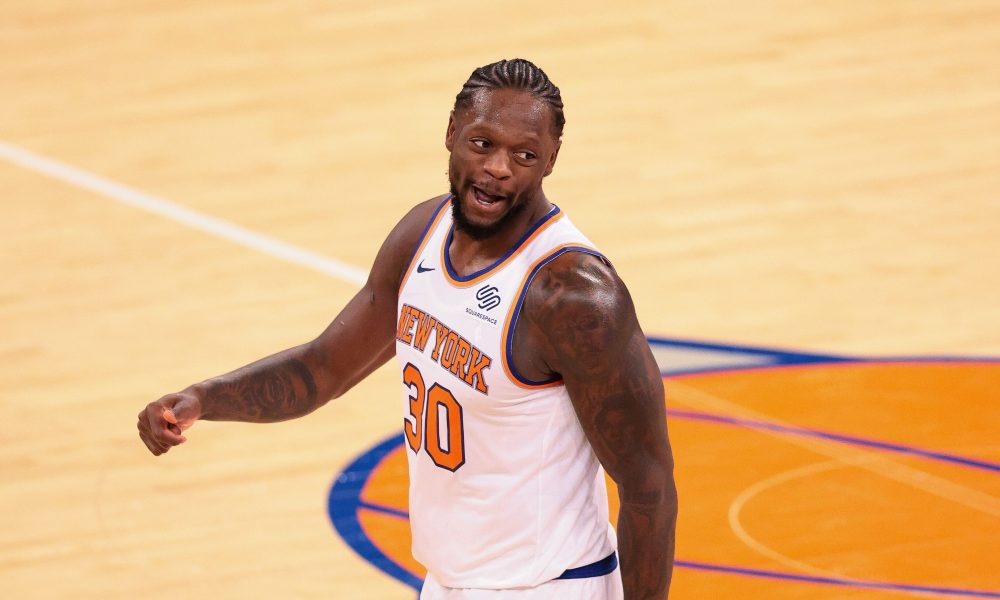 Tim Hardaway Jr. is the third double-digit scorer and Jalen Brunson is grabbing 3.5 rebounds. They are shooting 36.2 percent from beyond the arc and 78 percent from the free-throw line.