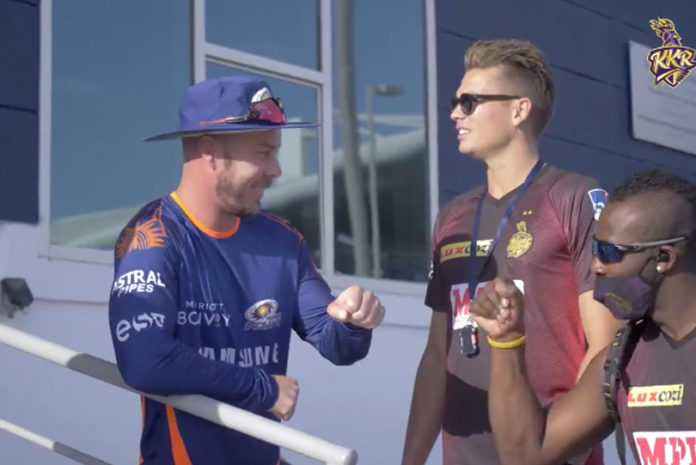 The Dinesh Karthik-led side will be looking to begin their campaign with a win, while Rohit Sharma’s Mumbai Indians would like to dust off their loss against Chennai Super Kings and start afresh.

KKR official took their twitter account to post a video in which Chris Lynn was seen greeting his old teammates from KKR. The Australian batsman was bought by MI at the 2020 auction for Rs 1cr.

🤝 off the pitch
⚔️ on the pitch

KKR vs MI IPL 2020 LIVE: Where to catch KKR vs MI Live Streaming?
The match between Kolkata Knight Riders vs Mumbai Indians will be live broadcasted on Star Sports Network in the Indian Sub-Continent. The MI vs KKR will also be Live Streamed on Disney+ Hotstar.