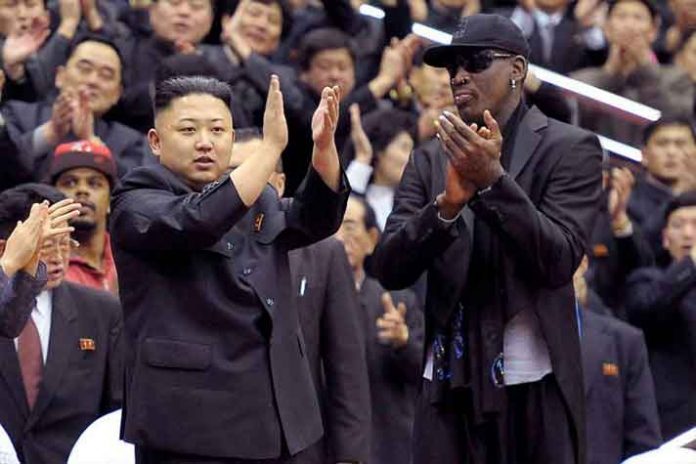 The serious issue North Korean dictator Kim Jong Un and US President Donald Trump have failed to resolve, sports diplomacy can address! At least Kim Jong Un proposes so on the crucial matter of denuclearisation.

According to an ABC News report, the North Korean leader has formally asked that the USA to send “famous” basketball players to ease tensions between the two countries.

North Korea sent the request in writing to USA for using basketball icons to help the countries in a possible denuclearization deal, ABC News has reported attributing the information to two US officials.

“While we did not reach an agreement with the DPRK [North Korea] at Hanoi, we exchanged detailed positions and narrowed the gap on a number of issues,” a State Department official told ABC News in a statement and declined to comment on ongoing conversations.

No deal was reached at that summit Hanoi in February.

Kim is an avid basketball fan and has said he loves playing the sport, his favourite team is the Bulls and that he likes wearing basketball sneakers. He’s also befriended Dennis Rodman, one of the more polarizing players in the NBA during the 1990s. Rodman has visited the country multiple times.

Jordan declined the invitation, but Secretary of State Madeleine Albright sent the North Koreans a basketball autographed by Jordan. “He’s very much like his father,” Richardson said of Kim Jong Un. “He loves basketball and he loves cultural exchanges.”

Basketball diplomacy has been tossed around in the past as a way to breakdown roadblocks with Kim, who is a diehard basketball fan. Since boarding school in Switzerland, Kim has said he loves playing basketball and would wear a Chicago Bulls sweatshirt and Nike sneakers.

During the Obama administration, State Department officials considered sending basketball players to North Korea to jumpstart diplomatic efforts, according to the Washington Post.