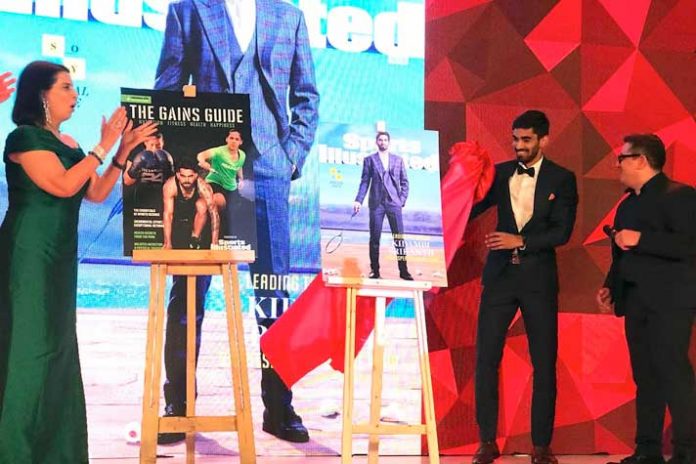 India’s ace badminton player Kidambi Srikanth is the Sports Illustrated Sportsperson of the Year for 2017. The Indian women cricket team has been named the Indian team of the year at the glittering awards function, where various other sportspersons are also decorated for their outstanding contribution to sports.

Sports Illustrated India magazine hosted the eighth edition of their flagship event Sportsperson Of The Year Awards at the Roseate House, Aerocity, New Delhi. Sportsperson Of The Year is the most coveted sports awards franchise globally, celebrating the achievements and performances of the best athletes, teams and coaches in the country, states a Sports Illustrated Press release.

Badminton sensation Kidambi Srikanth, who rose to the No. 1 rank in the world recently, was adjudged the Sportsperson of the Year for his stupendous performance in 2017, which included 4 Super Series titles apart from ending the season as World No. 2. 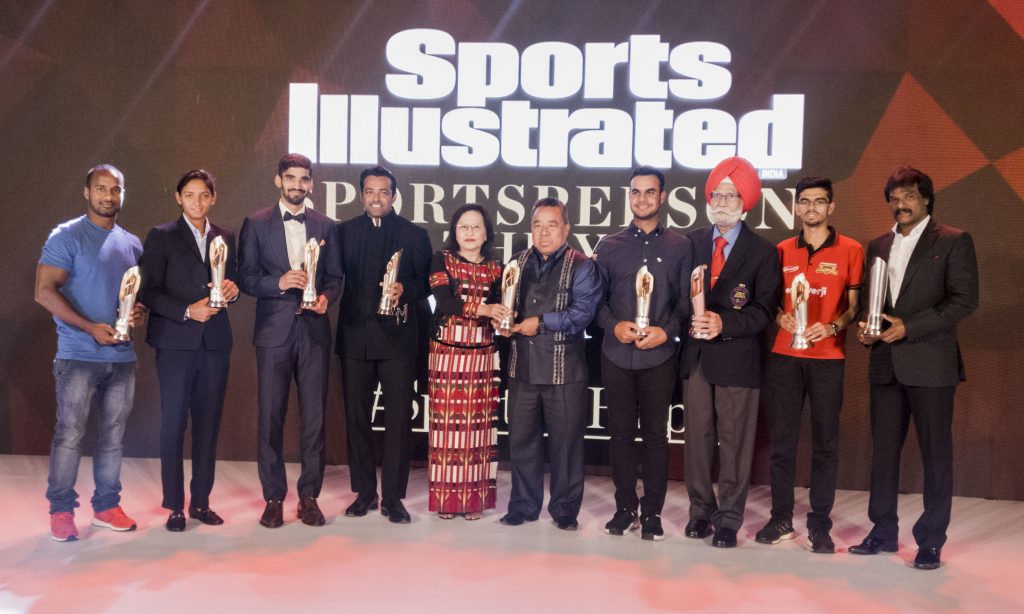 World No. 4 shuttler Kidambi Srikanth expressed his delight at bagging the top honour of the night, the Sportsperson Of The Year Award. “I am extremely grateful to the magazine for choosing me as the Sportsperson Of The Year 2017. It is an honour for me to have received the award in a year where my fellow athletes from different sports have also excelled. This is not just an Award, but it also serves as a reminder for me to work even harder next year and bring more glory to the nation,” he said.

Legendary hockey player Dhanraj Pillay, who was awarded the Lifetime Achievement Award, expressed his gratitude towards Sports Illustrated India for bestowing him with the Award. “I am humbled with the magazine’s decision to honour me with the Lifetime Achievement Award. I have always believed in working hard and being dedicated towards your sport, and it is a great feeling when people recognise you for it. For me, this Award is not about what I have done in my career, it is about what more I can do for sports in the country,” said the 49-year-old Pillay.

Minister for Youth Affairs and Sports Mr Rajyavardhan Singh Rathore who graced the gala awards night said, “I would like to congratulate Sports Illustrated India, a magazine which is known throughout the world, for organising the Sportsperson of the Year Awards 2018 which honours the very best of our elite athletes. I am very proud to be the Sports Minister of a nation where sports is really growing and we are demonstrating what a great sporting nation we can be. We are sitting on a huge potential of young Indians who can conquer the world which was also visible during our initiative of Khelo India. I would also like to congratulate all the award winners and athletes present here for making the nation proud and hope that they can bring more laurels to the nation.”

Vivek Pareek, Editorial Director of Sports Illustrated India said, “The eighth edition of the Sports Illustrated Sportsperson of the Year Awards 2018 is a prime example of our efforts to support sports and celebrate athletes for their outstanding achievements throughout the year. Our aim has always been to consistently provide a right platform and encourage all upcoming and established athletes to go that extra mile in search of glory and in order to make the country proud.”

Rohit Bhardwaj, Senior Managing Editor of Sports Illustrated India, said, “Sports Illustrated India has always highlighted the challenges faced by Indian sportspersons and championed their cause by publishing well-researched stories. These Awards are an extension of Sports Illustrated’s philosophy and represent the undivided faith and trust we, and the whole of India, have on these special people. We have always supported equality, integrity and fairness in sports, which helps in developing not just a good sporting environment, but also a good society for everyone to live in.”

Sports Illustrated India has always honoured individuals and teams that have made an impact in the realm of Indian sports. Keeping in mind the brand philosophy of celebrating Indian sporting triumphs, this year’s gala was organised in association with Herbalife, who provide the best nutrition to athletes throughout the world.