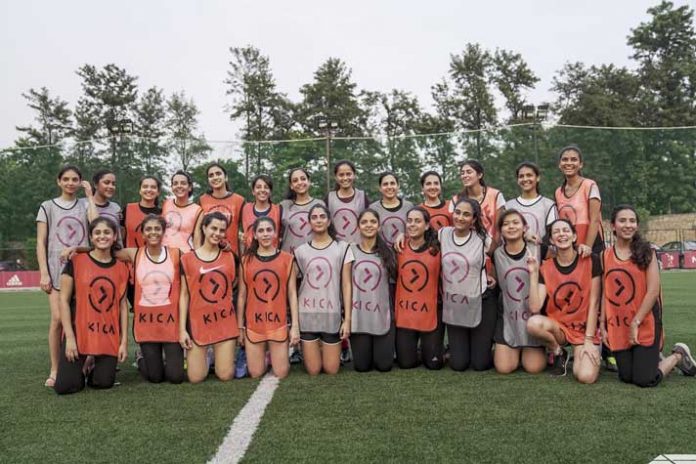 With a vision to promote football for women and to encourage them to lead to a healthy life, Kica, a homegrown activewear brand by Aneesha Labroo recently announced the Kica Women Football league. This initiative by Kica is basis the big traction that women’s football has gained recently across the globe and in India as well. Cities like Bengaluru and Mumbai host women’s football leagues and Delhi NCR needed a platform like this too for amateur players.  The league gives women the opportunity to learn a new sport.

“I am thrilled to be organising this football league for women. Being a sports enthusiast myself, I know the importance of sports and fitness in a women’s life. Noticing the shift in behaviour around me in terms of the willingness to try new activities, and the thirst to be active in exciting ways, lead to the idea of an amateur women’s football league. It is an opportunity to build an empowered community of active women.” says Aneesha Labroo, Founder of Kica and the Kica Women’s Football League.

The main objective of the league is to encourage women of all ages to keep themselves active and celebrate inclusive play across capabilities through football.

The league will host the matches every Sunday from 2nd February till 8th March at the Conscient Sports arena in New Delhi.  It brings together 80 players in 6 teams of 13-14 players each. The match format is a 7v7 with a 50-minute game with two halves.

The official title sponsor of the league is Vanilla Moon along with 6 team sponsors including CK Birla Hospital for Women, Kama Ayurveda, Paper Pipe, Pure- Home+Living, Tahiliani Homes and The Lalit.

Kica is an activewear brand with all the necessary essentials for when you are working out or on the go, while simultaneously keeping style and quality at the forefront of all products. Through Kica, Aneesha hopes to showcase the ease with which an active life can become a part of one’s routine for benefits that are as much mental as they are physical. Its mission just as straightforward – to inspire women to take on the journey to a healthy and active life; to push themselves; and to go that extra mile!