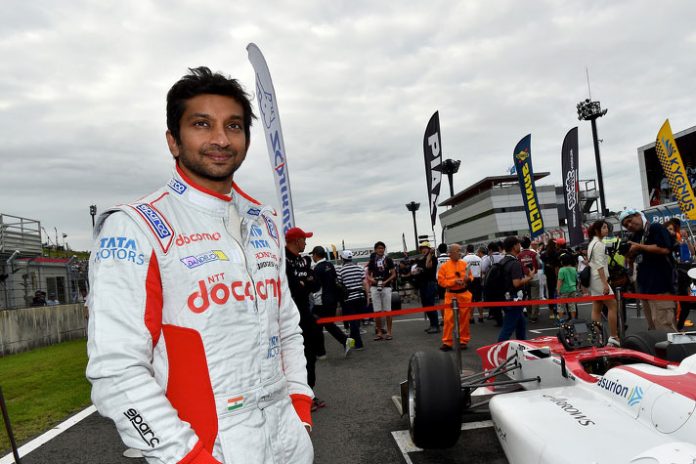 The 41-year-old will be competing with the likes of former Formula 1 world champion Jenson Button, who made his Super GT debut last year. Karthikeyan’s decision to switch to sports cars comes after spending five seasons in Super Formula. He last raced in Formula 1 back in 2012.

The Indian was convinced about the quality of a Super GT car after a successful test with the Honda-backed Nakajima Racing squad in Sepang last month.

However, a Super GT car is drastically different to drive than a single seater, particularly through corners.

“The weight difference between a single seater like a Super Formula car and a Super GT is quite significant,” said Karthikeyan.

“From being 640 kg (in single seater) to 1,050 you can feel the weight of the car. So you feel a lot more movement in the car but the braking distances are very similar to a Super Formula car.

“And because there are so many tyre manufacturers the level of grip is quite high. It’s just that in the fast corners you feel the weight a little bit more. But having said that we are doing virtually single seater times in Sepang.

“So the cars are really fast in the high speed section as well, which is quite enjoyable. I thought after single seaters it will be a bit tame but it’s not. It’s in fact it gives you a lot of rush in the fast corners also,” he said.

Super GT cars can easily outpace a purpose-built LMP2 prototype car and one of the LMP2 cars nearly took outright victory at the iconic Le Mans 24 Hours race in 2017.

It’s not the engine that makes a contemporary Super GT fast enough to rival even single-seaters. In fact, teams are able to churn out only’ 700 bhp from their 2.0-litre, in-line four-cylinder, turbo charged motors.

The real speed comes from the car itself, with a lot of work done on the aero side to generate maximum downforce.

It would be naive to say that hopping from single-seaters to sports car will yield immediate results, as Button found out last year.

Despite an aggressive testing programme and the fastest car on the grid, Button was the weak link in his partnership with Japanese domestic racing star Naoki Yamamoto at fellow Honda outfit Team Kunimitsu.

It wasn’t until the final race of the year that Button was in perfect harmony with the car and experienced enough to navigate his way through the traffic of the slower GT300 class cars.

Karthikeyan, who knows Button since they shared the British F3 grid at the end of the previous millenium, is also aware of the challenges that lay ahead.

“I’m still about probably 4-5 tenths down from a driving ability point-of-view. I was speaking with Jenson and he said it takes time to adapt to these cars after a long career in single seaters. So we will have to take it step by step.

“I’ll have a lot more running in February at Sepang again. So by the time I get to the first official test in Okayama in March I should be up to speed,” he added.