Kapil Dev Historic 175: On this day in 1983, India’s then captain Kapil Dev played one of the greatest innings in the history of the game, scoring an unbeaten 175 against Zimbabwe. The Haryana Hurricane single-handedly turned the game in India’s favour in what was a then-world record score in One-Day cricket. Follow all Indian cricket updates on Insidesport.IN

Talk about leading from the front! 🙌 🙌

1) BBC was on a HOLIDAY
BBC, the official broadcasters of the game, did not broadcast the game with the India vs Zimbabwe being one of the four games being played on the day. There exists no footage of Kapil Dev’s innings as the game had no coverage whatsoever. It remains one of the only World Cup matches to have not been telecasted.
2) Kapil Dev arrived late on CREASE and was about to DECLARED OUT
As documented in the movie 83, Kapil Dev was late to arrive at the crease as he was taking a shower when India walked into a bat. However, an early collapse meant that the Indian captain had to be summoned into action straight away. There was a significant delay and the umpires were on the verge of signalling him out, but Dev reached the pitch just in time.
Kapil Dev Historic 175: On this Day in 1983, Indian captain Kapil Dev slammed 175 in 1983 World Cup, CHECK 5 Unknown facts about HISTORIC innings 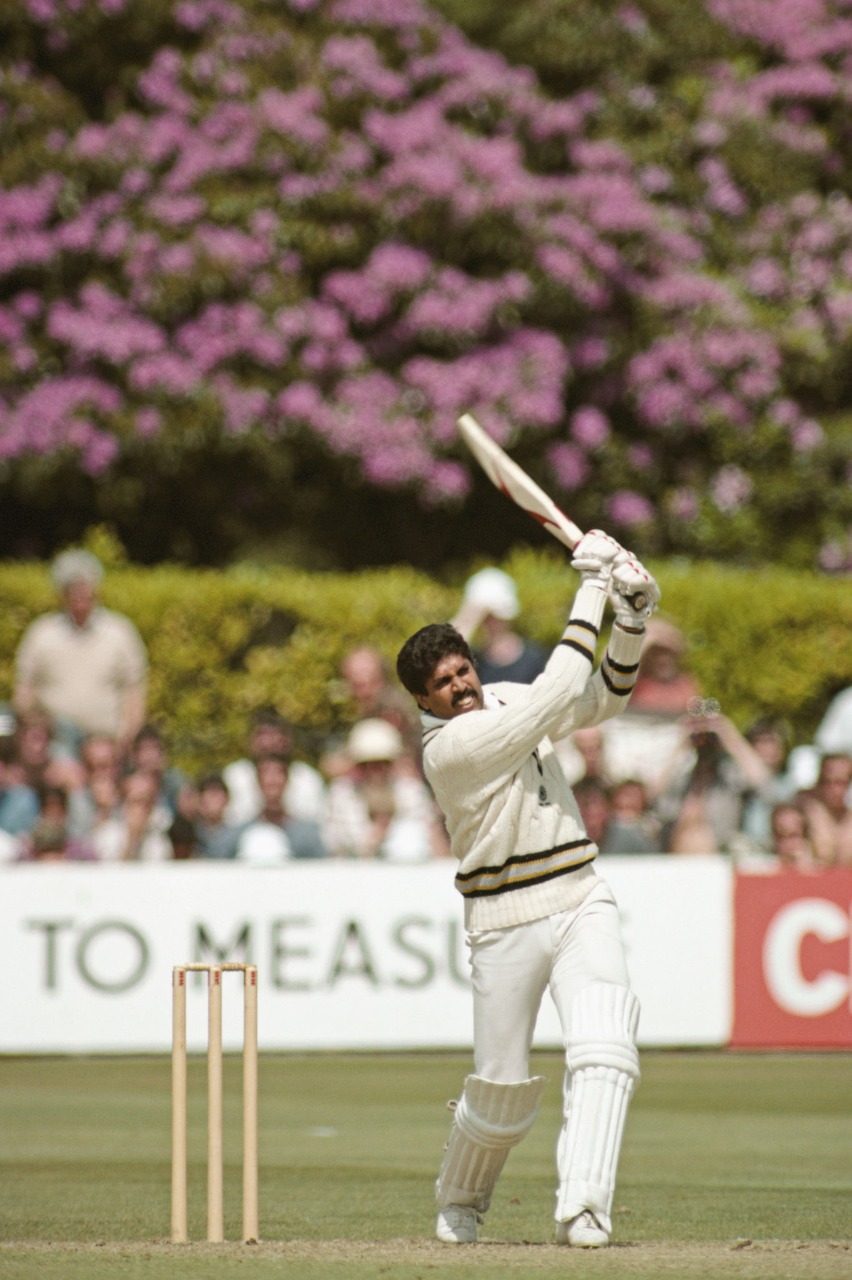 3) Revealed WHAT Kirmani told KAPIL DEV after arriving at crease
Kapil Dev arrived at the crease with the scoreboard reading 17/5, in what was a must-win game. Syed Kirmani, who stitched a valuable 9th wicket partnership with his captain, revealed that he tried to inspire Kapil Dev when there were more than 35 overs left in the game.
Speaking to Indian Express, Kirmani revealed, “I walked up to Kapil, who was standing there, his head down. It was a 60-over game and we still had 35 overs left in our innings. I told Kapil, ‘listen Kaps, we are in a do-or-die situation. We just cannot sit and die’. ‘Maar ke marne ka hai (we will go down hitting).”

“I tried to inspire him saying, ‘you are the best hitter in the Indian team. I will take singles and will give you strike. You will try to hit every delivery’. He said, ‘Kiri bhai, humko aur 35 overs khelna hai (we still have to play 35 overs). I will try my best’,” Kirmani was quoted as saying by Indian Express.

4) Romi DEV: This was 1st MATCH his WIFE ROMI DEV watched him from STANDS
Kapil Dev’s wife Romi was one of his biggest supporters during his playing career. Romi had not arrived in England for the first few games of the tournament but was in attendance when the Indian captain put the Zimbabwe attack on the sword. Incidentally, it was also the first time Kapil Dev’s wife watched him bat from the stands.
5) Kapil Dev World Record: For 1st 10 Minutes – No one knew in Indian team, commentary team or otherwise knew that he has made a WORLD RECORD
Kapil Dev eventually managed to remain unbeaten on 175 off just 138 balls with 16 fours and 6 sixes. It was the first-ever ODI century by an Indian and the highest individual ODI score at that time. While the team and Kapil himself acknowledged the century, the Indian team and the commentary team were oblivious to the fact that Dev had broken the world record, before being informed on the same 10 minutes later.
Kapil Dev Historic 175: On this Day in 1983, Indian captain Kapil Dev slammed 175 in 1983 World Cup, CHECK 5 Unknown facts about HISTORIC innings