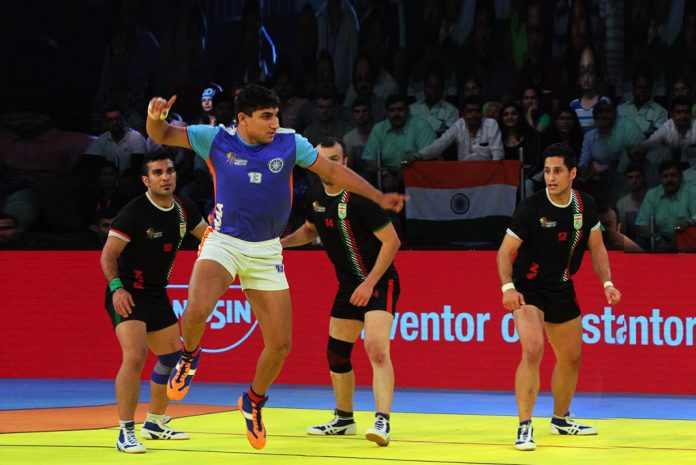 Cricket may still be “a religion” in India. Kabaddi then is emerging as a “cult figure” on Indian sports horizon now. The professional league has catapulted “nation’s own sport” to the position of second best in the country. On all parameters, across all sports.

With the sport has grown the market worth of players. Gone are the days when kabaddi would be in news for lending India an Asian Games gold every four years, and players would get awards and laurels but no recognition. Now the Rs 60 crore title sponsorship value sport is also on the brink of getting its first crorepati icon.

The kabaddi stars have left their fancied rivals badminton, wrestling, and to a major extent giant Indian Soccer League icons, behind on the league auction table earnings. Only two soccer stars, legendary Sunil Chettri and Eugeneson Lyngdoh figure ahead of Nitin Tomar’s PKL auction price of Rs 93 lakh in the list of top most expensive players of non-cricket leagues in India. 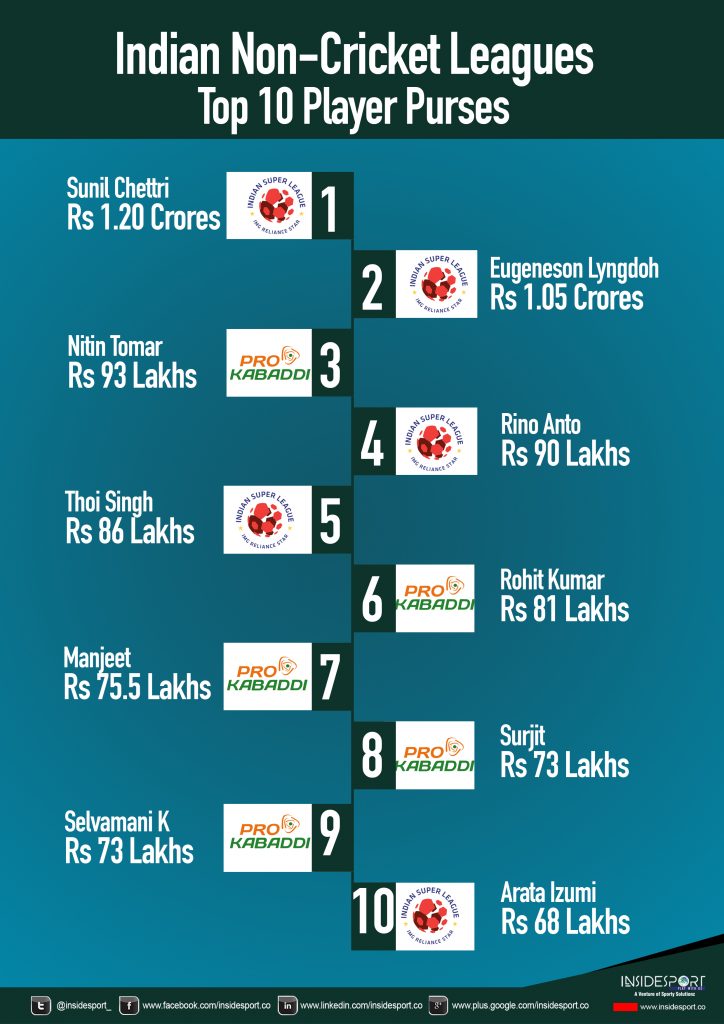 Comparisons in sports are not good. But, at times these become important to put facts into perspective. Wrestling, badminton, hockey all have Olympic glory. But in commercial world product value overpowers the emotional allegiance. Kabaddi is built as a product and so does Indian Soccer League. Badminton, Hockey, Wrestling – the disciplines with bigger icons and glorious achievements – are left to lurch behind by kabaddi. 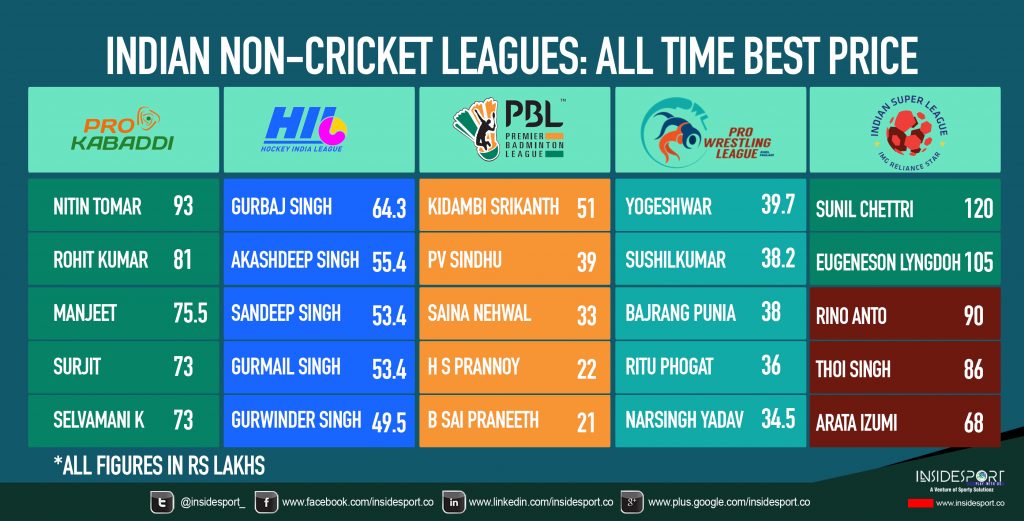 Kabaddi, over 3 years and 4 seasons of the league, has become the No.1 non-cricketing League in India. Surpassing much fancied ISL, HIL, badminton league and PWL, etc. The sport this year has grown much bigger by attracting more sponsors and bringing in 4 more franchises.
PKL has also this year inked a Rs 300 crore title sponsorship deal with VIVO at Rs 60 Crore per annum for. The amount is above 200% of Indian Super League and Hockey India League title values.

According to BARC analysis, non-cricket properties contribute to 20 per cent of the live matches viewership in 2016. Kabaddi today is capturing 61% of this share in the bigger pie, followed by ISL at 16 per cent. PWL and the Badminton League do not draw enough numbers to even get registered in percentile terms.