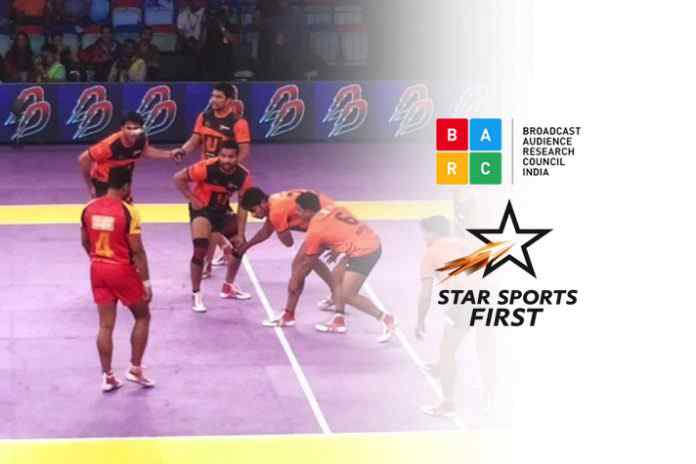 Kabaddi has regained the top position in the absence of Men in Blue’s international cricket on Indian television, further strengthening the FTA channel Star Sport First’s position at the top. The channel continues to attract more impressions in comparison to other sports genre platforms in the country.

Last week, Kabaddi after being at the top position for almost 6 weeks saw a dip when the shorter format of cricket took over the top two slots in the most watched sports genre programmes.  The one-off T-20 international between India and Sri Lanka played on 6 September had impelled Kabaddi at the third position.

However, the Week 37 data shows that Kabaddi has regained its top spot with no significant international cricket for Indian audience during the week. Meanwhile, the free-to air channel Star Sports First has further strengthened its position on the top slot with a slight increase in the viewership over the last week. 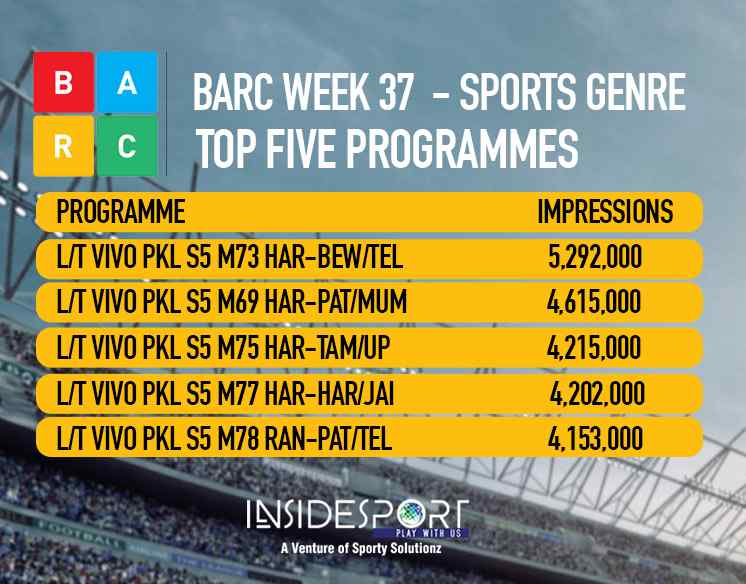 Vivo Pro Kabaddi League has also propelled Star India’s position on the Indian television. With Sony six slipping out of the top 5 channel’s list owing to the conclusion of India-Sri Lanka cricket series, Star India group’s four sports channels have positioned themselves among the top five list.  Sony Ten 1 is at the third position. 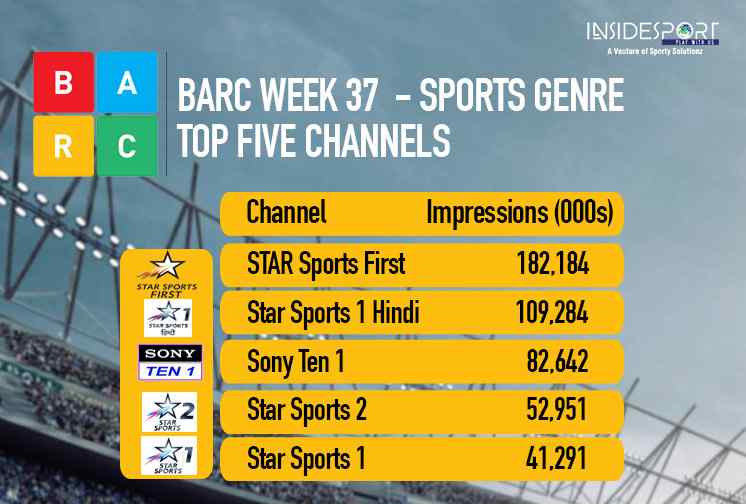 However, Vivo Pro Kabaddi League and Star Sports First face their litmus test when the viewership data for Week 38 will be out next. The ODI series between India and Australia will affect a lot of these numbers as evident from the digital platform data released by Zapr Media Labs and Hotstar for the first ODI played on Sunday.

As per the data, 12 million viewers jumped onto the bandwagon of Hotstar to watch the first ODI. Cricket, living up to the common notion of the popularity, emerged as a clear winner on the internet space. And this shows that it can adversely affect the TV numbers as well. With two ODIs being played within the Week 37, Kabaddi will face a tough competition. Although Star India will cherish the coming weeks as Pro Kabaddi and the upcoming cricket in India rests in its basket.