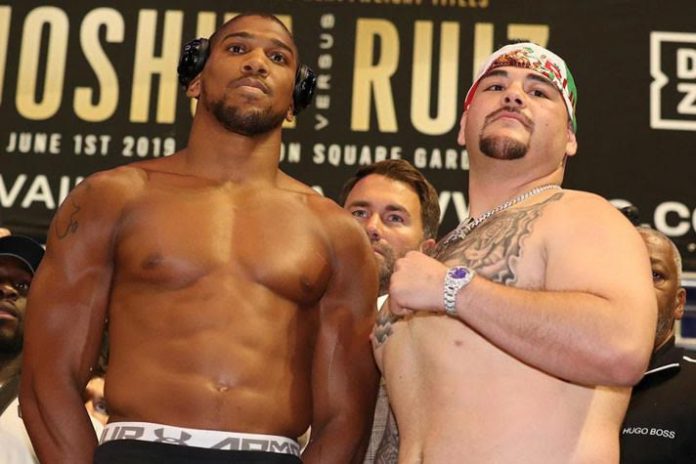 It was announced on Friday that Joshua, who was upset by Ruiz in New York City in June, will be engaged yet again in a $ 100 million World Heavyweight title bout in the Middle East.

In first defeat of his professional career, Joshua was stopped in the seventh-round in Madison Square Garden was Joshua’s first defeat in his career and he will look to regain the WBA, IBF, WBO and IBO titles he ceded to Ruiz, who was crowned Mexico’s first-ever heavyweight champion.

The British Telegraph has reported that the move for the fight on December 7 in the Middle East comes after Ruiz was ruled out making the first defence of his titles in the UK and Joshua’s promoter Eddie Hearn has denied a return to the USA, which hosted the first fight in June.

Even as the authorities in Dubai have also made a bid to stage the rematch, the Principality Stadium in Cardiff, which played host to a Joshua fight on two occasions, was also in the running.

Joshua, 29, is looking to win back the IBF, WBA and WBO belts after Ruiz knocked him out in the seventh round of their first fight despite stepping in at six weeks’ notice as a late replacement for Jarrell Miller. The loss was Joshua’s first as a professional boxer.

The rematch will be broadcast by pay-per-view service Sky Box Office in the UK and sports streaming subscription service DAZN in the US, which could see the fight take place at an awkward time in Saudi Arabia to ensure it reaches the largest possible audience in each boxer’s home market.