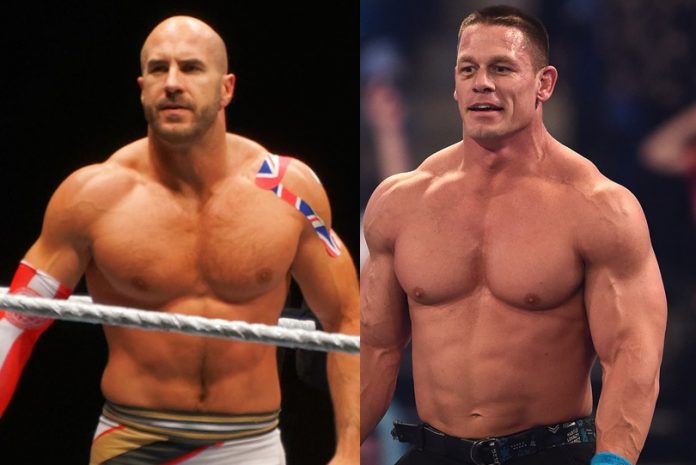 WWE News: Cesaro spoke to Patrick Hauser of Sport1, and the SmackDown Superstar opened up on various topics during the interview. The most exciting topic on the list was regarding how long he intends to continue wrestling. Cesaro is a legitimate professional wrestling veteran who has been plying his trade since the year 2000.

When asked about potential retirement, the 39-year-old Superstar said that he strives to get better in the ring every day. Cesaro noted that he would hang up his boots the day he feels he can’t compete anymore.

Cesaro then revealed the retirement advice that was given to him by John Cena.

The Cenation leader told Cesaro that a wrestler is only as good as his or her last match. Cesaro revealed that he wants his final match to be a great contest. At this point, Cesaro still has many more bouts left in him, and he doesn’t know when he would call it quits.

“I want to get better every day, that’s how I handle my career. If I can’t do it anymore, it’s time to stop. A wise man named John Cena once told me that you are only as good as you were in your last match. I want my last match to be great. When I see that this is no longer possible, you have to stop. I don’t know when that is.”

Cesaro on his singles competition

Cesaro also spoke about establishing himself as a tag team specialist and the possibility of having another singles run. While Cesaro would love to embark on another solo run, he is just focussed on currently making the best of the opportunities that have been provided to him.

“We both had something to prove and felt overlooked. Now we are champions, so very successful. When I met Sheamus, we thought we had something to prove. But while I was fighting him with Sheamus ahead of time, I’ve been with Shinsuke for most of the year. For example, we helped Sami Zayn to win the Intercontinental Championship.”

“I would like that too. But it’s not like that at the moment, so I’m trying to make the best of every opportunity and situation. I compliment the strengths of my tag team partners very well. Maybe that proves that I’m a very good team player [laughs]. Tag team wrestling is a challenge in itself. I enjoy that.” H/t