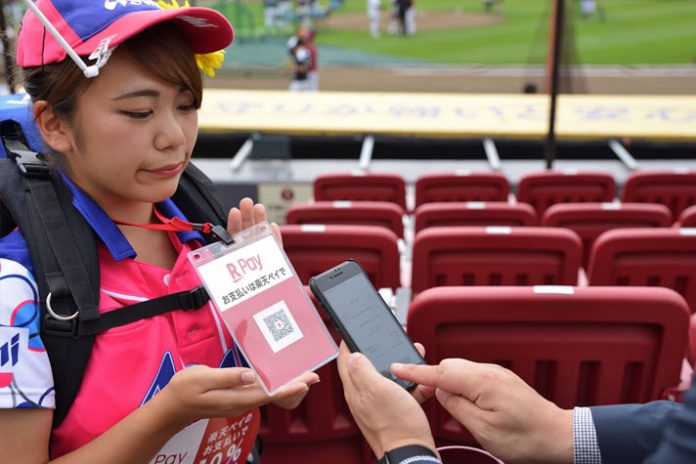 Under the initiative, payment for tickets, food and drink, merchandise and other products available at the stadiums will, as a general rule, all be made through the Rakuten Pay smartphone payment app, Rakuten Edy e-money, Rakuten Point Card, Rakuten Card and other Mastercard, American Express, Visa and JCB-branded credit cards, as well as Rakuten Bank Debit Card (JCB/Visa) and other branded debit cards, instead of cash.

The smart stadium concept will also leverage the Rakuten Ecosystem in order to create an even more convenient and stress-free sports viewing experience, offering advanced services through mobile technology, utilizing match and video content and providing a new way to enjoy watching sports, the brand has stated in a media release.

Rakuten plans to offer visitors to the stadium support in going cashless and run campaigns to give them the chance to experience the benefits and convenience of cashless payments. More details about these opportunities will be announced on the official websites of both teams in the future.

The Rakuten Group offers a variety of cashless payment services, including the Rakuten Pay smartphone payment app, Rakuten Edy, Rakuten Point Card, and Rakuten Card. In addition to being able to receive Rakuten Super Points when using any of these methods to make a payment, making purchases is even easier as no time is wasted searching for or dealing with small change. Both stadiums have decided to go completely cashless to make it easier for fans of the Rakuten Eagles and Vissel Kobe to experience the benefits and convenience of these cashless payment methods.

The Rakuten Group will continue to promote cashless payments, aim to improve the service and expand the number of locations where they can be used in order to offer more people a convenient and beneficial payment experience.