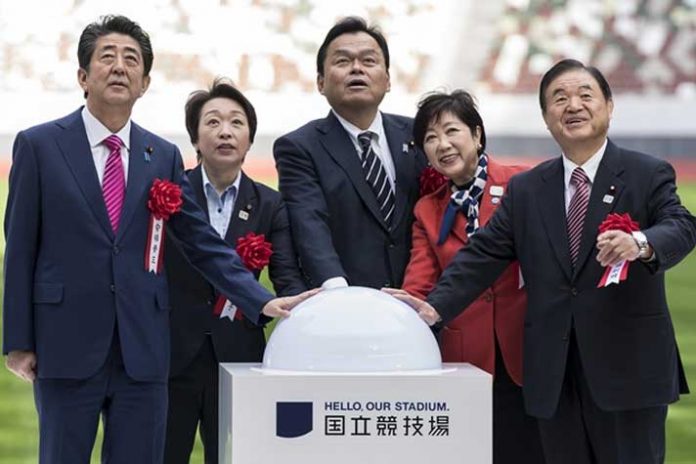 Organizers of the 2020 Tokyo Olympic Games have unveiled the 60,000-seat stadium that will stage the opening and closing ceremonies as well as the track and field athletics events.

Constructed on the site of the arena used for the 1964 Tokyo Olympics, the £1.5 billion ($1.44 billion) stadium, which was designed by the star architect Kengo Kuma, has five floors above ground and two below.

Opening the facility, Shinzo Abe, Japan’s Prime Minister, hailed the design and its harmony with its surrounding environment, state reports in a section of Japanese media. 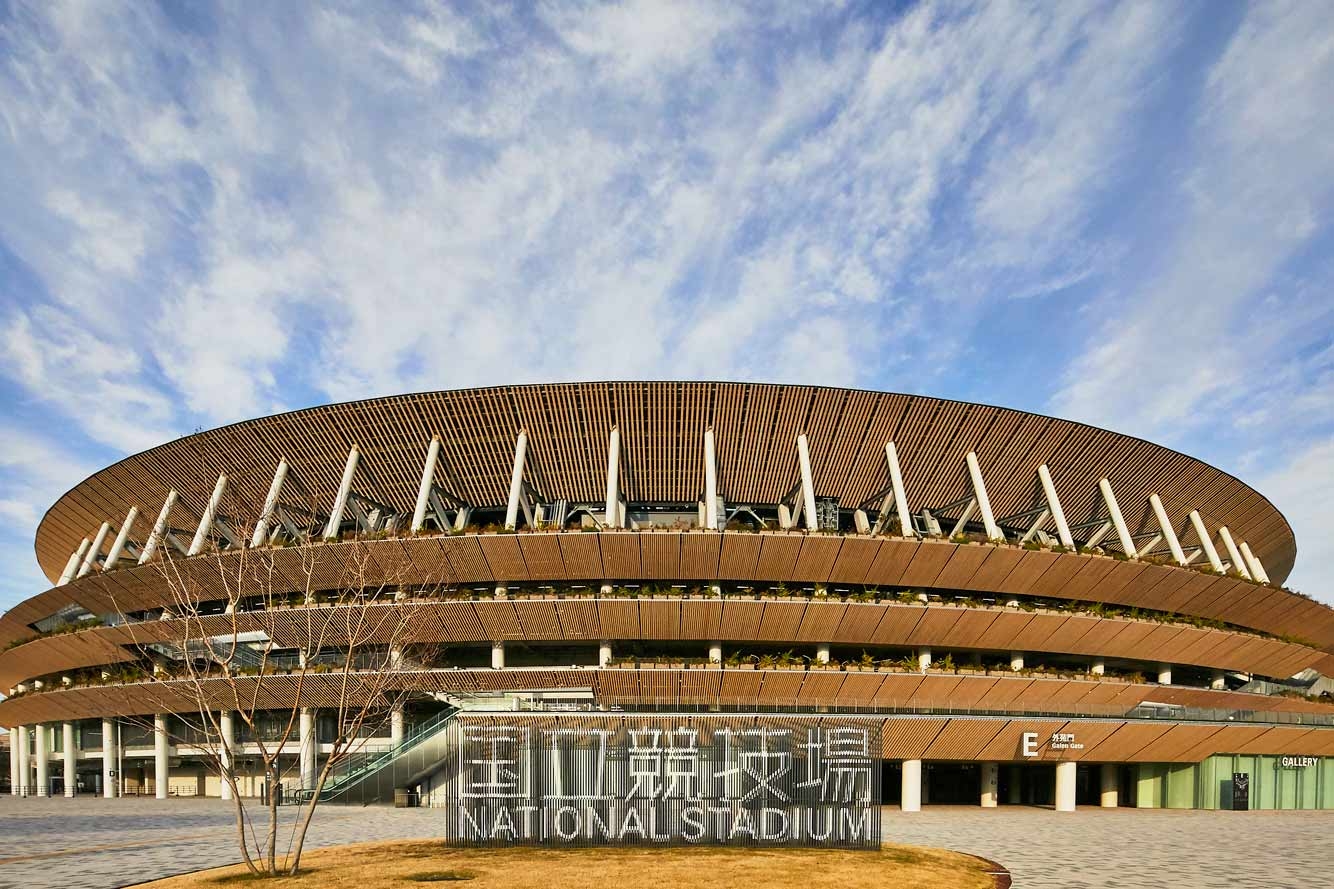 News agency Voice of America has released a stadium video on its YouTube channel.

“For this national stadium, which will be the symbol of Tokyo 2020 Olympic and Paralympic games, there were many difficulties during the construction,” said Abe.

“It is purely the result of everyone’s contribution and hard work that we can finally celebrate.

“We have to make next year’s Tokyo Games an opportunity to share dreams and hopes, to create a proud legacy, show Japan’s power to the world, and open up the future of this country,” said Abe.

Sunday’s ceremony was restricted to a small number of officials including Kuma as well as Seiko Hashimoto, the minister for the Tokyo games and Yuriko Koike, the Tokyo governor.

There is greenery planted on the decks to provide shade from the sun. Fans and misting systems have also been installed to reduce heat and cool the stadium during the event next July and August when temperatures are expected to hit 31 degrees Celsius. 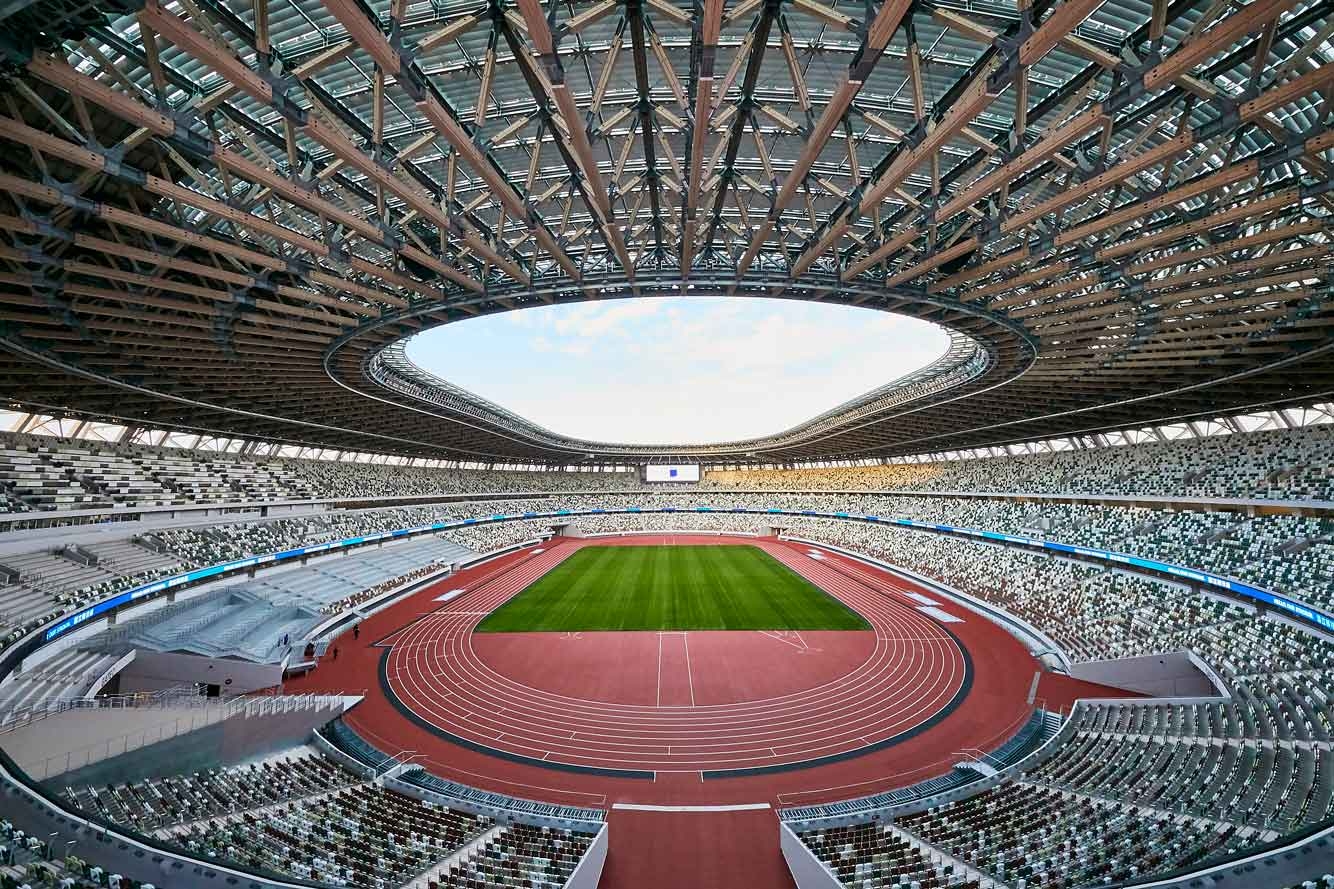 The first competitive sporting event at the venue in the Kasumigaoka district of central Tokyo will be the Emperor’s Cup football final on 1 January.