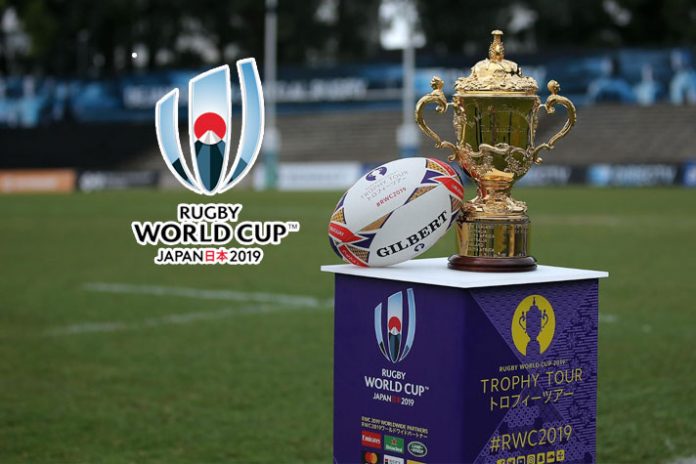 The Rugby World Cup organizers are expecting the Japanese economy to benefit by up to $ 4.1 billion (¥437.2 billion) from the event that is likely to attract over 400,000 foreigner fans.

An economic impact report by the Japan Organizing Committee of the Rugby World Cup, released in March 2018, says that the tournament to be hosted in Asia for the first time since the inaugural edition in 1987 could attract up to 1.8 million fans, including 400,000 from overseas.

The World Cup, taking place across 12 venues in 12 cities from September 20 to November 2, will generate an estimated $ 4.1 billion ( ¥437.2 billion) in revenue, resulting in a boost in Japan’s gross domestic product worth $ 2 billion (¥216 billion), an increase in tax revenue valued at $ 200 million (¥21.6 billion) and the creation of 25,000 jobs, Japan Times has reported quoting the economic impact report.

“Fans from faraway countries tend to stay longer, with some staying as long as several weeks,” Japanese news agency Kyodo has reported with a reference to the economic impact report. “Visitors who come to Japan for the tournament are expected to spend an average ($ 190) 20,000 yen per day, giving their stays a sizeable economic impact.”

“The key is whether Japan can offer convenient and attractive services for foreign travellers that encourage them to stay and spend,” Regional Planning Department at Development Bank of Japan senior vice-president Takayuki Katsurada is quoted as saying. “There is a language barrier and foreigners also still tend to have an image that Japan is prone to natural disasters and (therefore) unsafe,” he added.

“While the sports boom may continue through the Rugby World Cup and the 2020 Tokyo Olympics, it is certain to lose its attraction afterward,” Katsurada said.

“For sustainable growth, it is important that Japan proactively puts out a message that sports can be a new business,” he said, naming various hospitality services for VIPs, stadium and arena management, sports-related tours and the offering of high-tech devices, such as sound and display systems for sports viewing, for example.

Japan, which has traditionally put an emphasis on the educational and cultural aspect of sport rather than its economic potential, has seen little growth in sports-related markets, prompting the government to push for a boost in investments in the sport industry as part of its growth strategy.