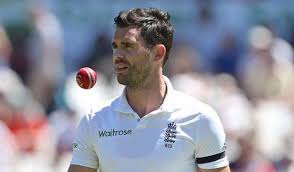 Veteran England pacer James Anderson is all set to address the media on Monday amid growing speculations that he might announce his retirement from international cricket.

He has played three out of four Tests so far having rested for the second game against the West Indies. Moreover, he picked only a solitary wicket to go with six scalps in six innings this season

Currently, he is stuck at 590 wickets in the longest format of the game after playing 154 Tests and it is expected that he will reach the milestone of 600 scalps in the series against Pakistan. With the age catching up with him, it seems that the pace bowler might take a call on his future and call it a day once the ongoing home season concludes.

In the interim, seamer Olli Robinson has been recalled to England’s bio-secure bubble ahead of the second Test in Southampton and looks like the likely candidate to replace Anderson.

Having said that, nothing is confirmed and the man himself is expected to reveal the details in the press conference later in the day. It will also be interesting to see if England rests/drops him if Anderson decides to hang his boots at the end of the ongoing series.