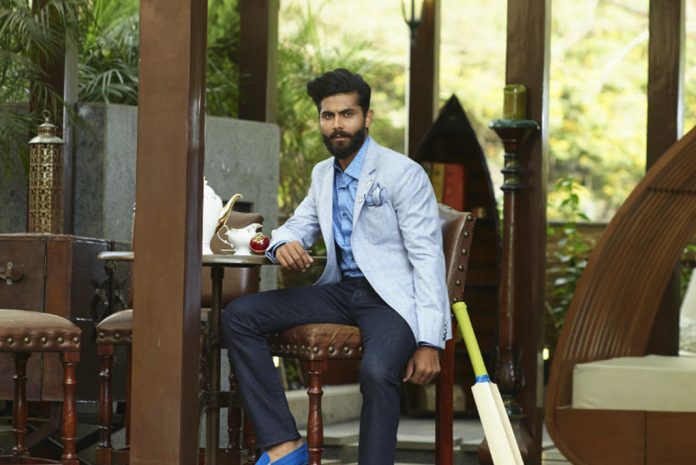 Ravindra Jadeja is in for bigger gains on the endorsement pitch. A hat-trick of signings is on the cards. Announcements to be made soon.

Jadeja is made to sit out of the third and final Test of Team India’s Sri Lanka tour. But Cricket world’s No. 1 bowler, also the No. 1 all-rounder is striking big on brand endorsement deals pitch. He, in fact, is second only to captain Virat Kohli in terms of commercial contracts inked over the past nine months. The latest status of officially being the best bowler and batsman all-rounder should further boost the market demand for Jadeja.

The company managing Jadeja’s commercial interests , Baseline Ventures believes Jadeja’s market is not driven by the rankings, even as the rankings do create a buzz around a brand icon. Baseline Ventures will also not rush to discount the No. 1 status for their star talent. “We do not want to market him on the basis of his No. 1 ranking. He is surely a cricketer with an ‘X’ factor who can change a game with his batting, bowling and fielding. There is hardly any other player in the Indian team who can do all this,” says Tuhin Mishra, managing director and co-founder, Baseline Ventures.

Much before Jadeja climbing atop the ranking charts, Baseline Ventures has locked several new deals for the Saurasthra cricketer. “These deals did not happen in a day or two. These are concluded after weeks and months of talks,” says Mishra. “Many brands will show interest in a talent like him. But, as managers we are not just responsible for adding numbers to a players’ portfolio. Just like our approach to sign right players, Baseline Ventures also exercises utter caution in executing contracts for our talent. It has to be a right brand and right deal.”

The latest signings will bring it to almost 11 deals for Jadeja’s nine-month stint with Baseline Ventures. The all-rounder is endorsing brands like Zeven, Supra Pens, SGS Silk, Flipkart, Escapex, a skin care product and a gaming brand.

Visibility sells in the brand world. The dashing all-rounder, with already 333 international wickets (Tests-151, ODIs-151 and T-20Is-31), brings this vital factor more to the table than most of fellow sportsperson. He is there on the field like skipper Kohli for all three formats of the games. Secondly, his time spent on field and being in focus on television is more than most of his fellow teammates. Jadeja being a “complete” player, draws consistent attention for his batting, bowling and exceptional fielding skills.

“It (the No. 1 status) will surely take him a few notches higher in pecking order. Also brands know that he is probably among the few cricketers who play across all three formats. He’s supposed to be the best fielder in the world. Moreover brands look for consistency. He has been consistently performing, ” adds Mishra.

Sunil Gavaskar has once termed him a role model for youngsters. He is trolled frequently on social media. He has created a trade-mark style to swerve his bat like a sword to celebrate his batting mile stones. He is someone whose absence becomes a cause of concern for his captain.

He creates headlines when he is there on the field. His not being there right in the middle becomes headlines. That’s what the brand expect from their icons. To be in the news. To be the news. Jadeja is right there. Commercial numbers and agreements are bound to swell.