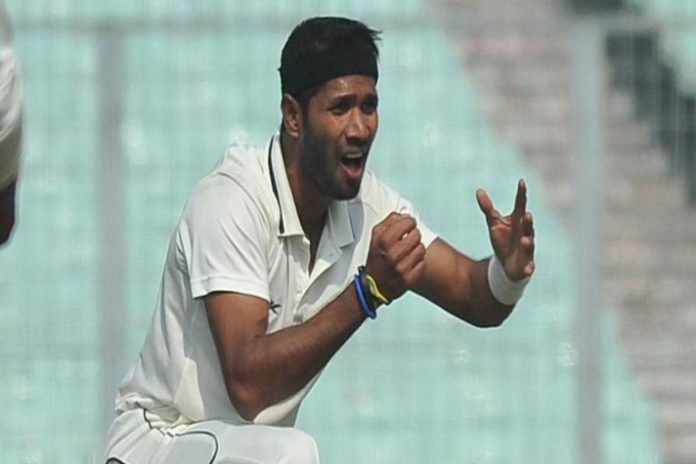 Bengal coach Arun Lal on Wednesday sought to play down senior pacer Ashok Dinda’s suspension for misconduct ahead of their Ranji Trophy fixture against Andhra, saying it’s an opportunity for a youngster to step up and perform in place of him.

Bengal had to change their bowling combination after their pace spearhead Dinda was dropped on the eve of their first Ranji home game for being abusive towards team bowling coach Ranadeb Bose for many months.

Dinda crossed all limits on the eve of the match as he hurled abuses at Bose in front of all other players, prompting the Cricket Association of Bengal to axe him from the squad.

“It’s not a negative thing. It’s an opportunity to find next Dinda. Some young man comes and takes five wickets and suddenly the whole balance changes. You want that to happen,” Lal said after the day one proceedings.

“You need to have that reserve bench. When somebody gets unfit or not available for some reasons, it’s a great opportunity for Bengal cricket.

“Of course it’s unfortunate that Dinda is not there. He would have been playing but it’s CAB’s decision. But the game goes on.”

It remains to be seen whether the 35-year-old Dinda gets to play for Bengal again or not.

Dinda, who has represented India in 13 ODIs and nine T20 Internationals, had earlier threatened not to play for Bengal after being dropped from the Syed Mushtaq Ali T20 Trophy squad.

He had a dismal Vijay Hazare Trophy where he managed just 10 wickets at an economy of 5.52 as the team think-tank chose to go ahead without the fiery pacer for the domestic T20 tournaments.