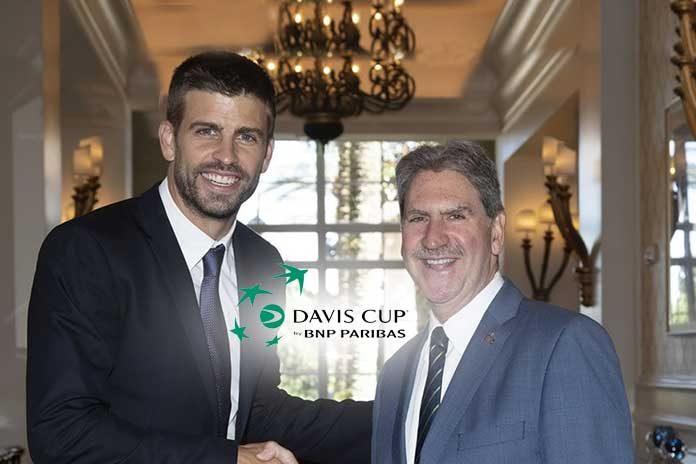 The International Tennis Federation member nations have voted in favour of introducing major reforms in Davis Cup by BNP Paribas at the Annual General Meeting of the world’s governing body of tennis yesterday (Thursday).

The plans were first revealed in February this year when ITF had announced 25-year partnership deal with investment company Kosmos Group, that will see the major overhaul of 118-year-old men’s competition with a total $3 billion cash injection, aimed at generating substantial revenues from sponsors, broadcasters and lifting the tournament to the status of Grand Slams.

Spain and Barcelona football star Gerard Piqué is the founder and president of the investment company which is also backed by Hiroshi Mikitani, Chairman and CEO of Tokyo-based e-commerce giant Rakuten.

The AGM held in Orlando, Florida, voted in favour of the ITF and Kosmos’ transformational reforms to Davis Cup by BNP Paribas, which will secure the long-term status of the competition. Requiring a two-thirds majority for the overhaul plans to be approved, it gained 71.43% of the voting form the ITF member nations.

From 2019, the competition will see 18 nations and the world’s best players compete in a week-long season finale to be crowned Davis Cup champions. The first edition of the new event will be held in Madrid or Lille from 18 to 24 November, with the inaugural host city to be announced in the coming weeks.

The new format will involve a qualifying round in February, in which 24 teams will take part in a home and away matches – a key element of the Davis Cup’s heritage. The 12 winners will secure a direct place into the final and will join the four semifinalists of the previous year – who qualify without having to play in February – and two wildcards that will be announced before the draw for the qualifying round.

The Davis Cup Finals will be held in a round robin format from Monday to Thursday, with the countries divided into six groups and each qualifying round consisting of three matches – two singles and one doubles – of best-of-three sets. The first placed teams from each group and the two best runners-up will reach the quarterfinals on Friday, while Saturday and Sunday will host the semifinals and the final. The two worst qualified teams from the round robin stage will be relegated to the Zone Groups for the following year and the rest of the nations that did not qualify for the semifinals will have to participate in February’s qualifying round the following season.

ITF has also announced that there will be a significant increase in the nations’ income from the competition and a new player prize fund of $20 million, elevating Davis Cup by BNP Paribas to Grand Slam prize money levels.

ITF President David Haggerty said, “I am delighted that the nations have today voted to secure the long-term status of Davis Cup by BNP Paribas. By voting in favour of these reforms, we will be able to work with Kosmos to realise the huge potential of the competition and elevate it to new standards. This new event will create a true festival of tennis and entertainment which will be more attractive to players, to fans, to sponsors and to broadcasters.”

“In addition, the new revenues for nations that the event will generate will have a transformative effect on the development of tennis in all nations. Our mission is to ensure that this historic decision will benefit the next generation of players for decades to come.”

“I would like to thank the nations for taking this historic decision and the ITF Board of Directors for their commitment and support. I would also like to thank Kosmos for their passion and partnership. I have no doubt that by working together we will ensure a brighter future for tennis all around the world.”

Gerard Pique, President and Founder of Kosmos, said, “Today is a historic day and we are convinced that the agreement ratified by the nations certainly guarantees the future of the Davis Cup and the development of tennis at all levels.

“I would like to thank ITF President David Haggerty, the ITF Board of Directors and the entire team of ITF professionals for their work with Kosmos over the past few months and welcome a new stage in which we will continue to evolve together. I would also like to congratulate all those who, with their votes, have embraced this change and have seen the momentous decision that was in their hands.”

“This is the beginning of a new stage that guarantees the pre-eminent and legitimate place that the Davis Cup should have as a competition for national teams while adapting to the demands of this professional sport at the highest level. It is a great honour for me to be part of this historic process of a sport that I am passionate about and, without a doubt, in both personal and professional terms this is one of the happiest days of my life.”

ITF said that it has already taken all the necessary steps with Kosmos to successfully consolidate this transition and will announce further details in the coming weeks. It further stated that the 25-year agreement with Kosmos marks an unprecedented and substantial level of investments into the global development of tennis through its 210-member National Associations.