EURO 2020 – Italy beat England: Heartbroken England stars & fans were inconsolable as Italy won the EURO 2020 on penalties. As soon as teenager Bukayo Saka missed the decisive penalty in the Euro 2020 final shootout – England football stars, their families and fans could not hold back their tears.

Immediately after his penalty, Saka was embraced by team-mates Kalvin Phillips and Luke Shaw as he broke down in tears. Gareth Southgate also consoled the youngster along with Sancho and Rashford.

EURO 2020 – Italy beat England: Harry Kane consoled & hugged his sobbing wife: England captain Harry Kane was seen consoling his sobbing wife after England lost the finals. The captain’s dreams of lifting any global trophy was shattered by Italy and it was too much for his wife to take. 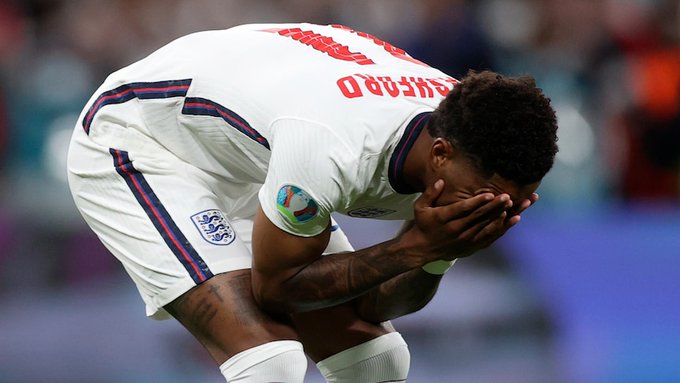 Speaking after the game, Kane revealed to BBC how the penalty defeat was the ‘worst feeling in the world.’ His wife Kate in the stands was absolutely heartbroken & cried like a baby.

Gareth Southgate said afterwards he took responsibility for the miss

EURO 2020 – Italy beat England: Fans in the stadium and across the nation wept after England’s defeat. The heartbreak of penalty for everyone involved in England football was too much to take. 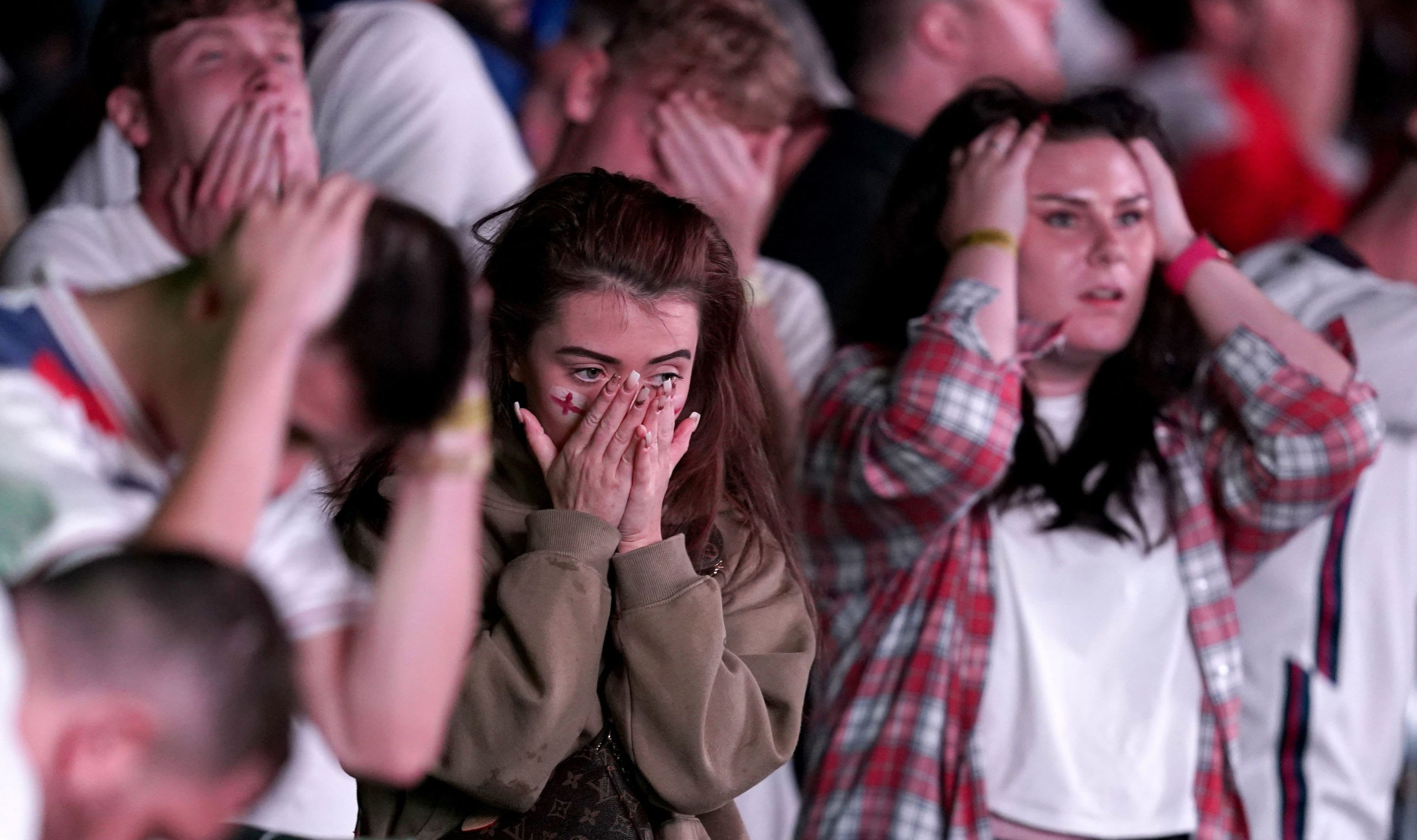 Fans in Wembley dry their eyes
Some fans couldn’t watch

EURO 2020 – Italy beat England: England’s manager and coach Gareth Southgate dealt with the blow with huge amount of maturity and calmness but said Euro 2020 final defeat by Italy was “incredibly painful” but the players gave “everything they possibly could”.

“We are all together. They have given the country some unbelievable memories,” Southgate said on BBC One.

Captain Harry Kane said defeat would “hurt for the rest of our careers”.

“We should be extremely proud as a group of what we have achieved,” the Tottenham striker added.

“Penalties is the worst feeling in the world when you lose. It wasn’t our night but it’s been a fantastic tournament and we should hold our heads high.

“It’s going to hurt for a while, but we’re on the right track and we’re building and hopefully we can progress from this next year.”