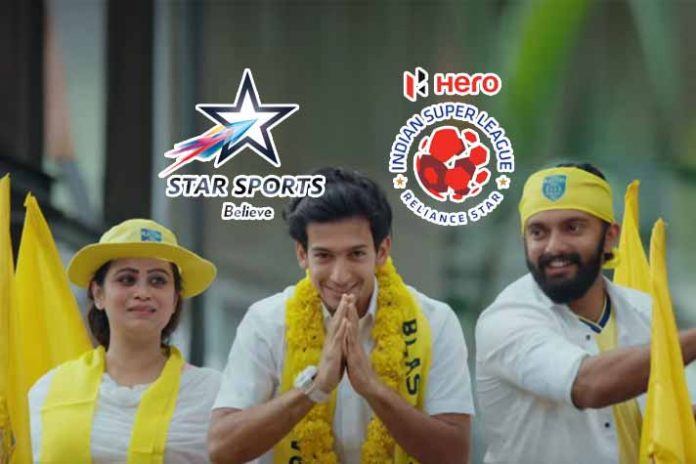 The Hero Indian Super League is back with Season 6 and the new season will be an action-packed journey for all the true lovers of football.

The first match will be a clash between two-time finalists Kerala Blasters and two-time champions ATK. With the appointment of new coach Eelco Schattorie and forward Bartholomew Ogbeche, Blasters will begin with a positive mindset to win the season opener on 20th October 2019.

Titled as, “Kalpanthukaliyude pooram!” the Kerala Blasters commercial is part of Star Sports’ larger campaign- #TrueLove, which celebrates the fans’ love for the sport. Kerala Blasters FC is known for their fan following and home support where the stadium is a sea of yellow on match days. Their fans continue to believe to clinch their maiden title. The commercial features players like Sahal Abdul Samad (midfielders) and Rehenesh TP (goalkeeper) looking forward to their fan support and asking them to come, cheer and watch them play.

A season of #TrueLove, fans will be enthralled and can catch all the 90 league matches of Hero ISL season 6 on the Star Sports Network in seven-languages across 6 sports channels, Hotstar and Jio TV.