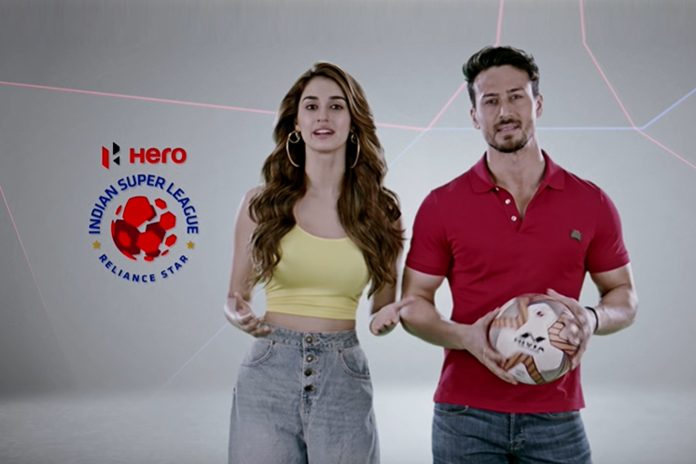 A promotional video for the Indian Super League opening ceremony, featuring Tiger Shroff and Disha Patani, has registered move than 10 million on YouTube in less than 48 hours since its release on Thursday, October 17.

Today Live: ISL 2019 Season 6: When and where to watch Bengaluru FC vs NorthEast United Live Streaming

The Indian Super League Season Six will kick off the grand opening at the Jawaharlal Nehru Stadium in Kochi on Sunday, October 20, with a grand gala. The grandeur of the opening ceremony that will feature LIFE performances by Bollywood youth icon Tiger Shroff and gorgeous Disha Patani is already catching the imagination of the nation – football fans and entertainment buffs alike.

A campaign video released on Thursday to promote the ISL opening ceremony has already registered more than 10 million views on YouTube.

Tiger and Disha have made a commitment to the football fans. They will not just perform at the opening ceremony, but also stay back to watch the ISL Season 6 opener.

The Indian Super League 2019-20 will kick off with a gala opening ceremony, including performances by Bollywood actors by Tiger Shroff and Disha Patani, at the Jawaharlal Nehru Stadium here on Sunday, adds PTI.

Two-time champions Atletico The Kolkata (ATK) will take on old-rivals and hosts Kerala Blasters FC in the opening game of the sixth season.

Also performing before the match will be the internationally acclaimed Indian dance group – Kings United.

Kings United, winners of the recent World of Dance competition, will be adding a football flavour to dance with an energetic choreographic piece on various football kicks and moves celebrating the Hero ISL highlights.

The opening ceremony, starting from 6 pm, will be hosted by Dulquer Salmaan.