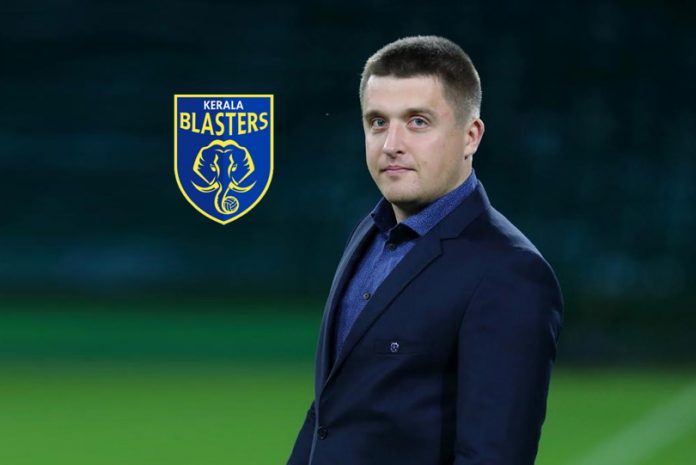 Kerala Blasters have announced the appointment of Karolis Skinkys as the new Sporting Director of the club.

Welcoming Skinkys, Kerala Blasters CEO Viren D’Silva said: “We are an ambitious club and hope to achieve consistent success on the field with him (Skinkys) at the helm of all sporting affairs.”

With more than half a decade of experience as the Sporting Director of FK Suduva, a top division club in Lithuania, Karolis brings a wealth of knowledge and expertise to his new role at the club. During his tenure at Suduva, Karolis played an integral role in the process of team selection and internal leadership management. Under his guidance, the club rose to the top of the Lithuanian league in 2017, 2018 and in 2019 qualifying for the following year’s UEFA Champions League, the first time in its club’s history.

“Coming to Kerala is both an exciting and humbling opportunity for me. I would like to thank the club management for entrusting me with this responsibility. But for the vision of the club, the passion of the Kerala fans and their love for football, I wouldn’t be crossing oceans to relocate myself. Together, we will grow this club and create a legacy that will make both us and the supporters proud,” says Karolis who has taken up a brand new challenge at the club.

Kerala Blasters FC will take Karolis’ guidance in aspects of team selection, scouting and recruitment, in order to oversee the continuous and consistent build-up and efficient strengthening of the club’s squad.