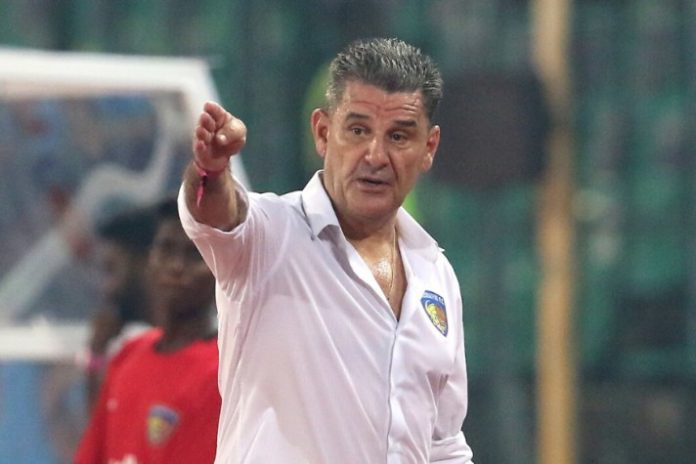 Two-time Indian Super League (ISL) champions Chennaiyin FC have today (Saturday) announced parting ways with head coach John Gregory, who had led the side to league title  in the 2017-18 season.

The 65-year old Englishman has seen the side endure a nightmarish run in the 2018-19 season when they finished at the bottom of the standings. The team is having a lacklustre run in the ongoing season as well, managing just one win from six matches. They drew two and lost three games.

The club has shared the development with an official statement on its twitter handle.

“The club would like to sincerely thank John for his services. He led us admirably well and delivered our second Indian Super League title. He thus also made us the first ISL club to qualify for the AFC Cup and oversaw our debut appearance in Asia while also reaching the 2019 Super Cup final. All of us at the club would like to wish John the very best in his future endeavors,” the club said in a statement.

“This decision has been taken after a detailed discussion with John, and all parties involved believe this will be the right step for everyone associated with the club.”

Gregory had hinted at quitting after the team lost 0-3 to Bengaluru FC on November 10, saying it was time for somebody else to take over. “This decision has been taken after a detailed discussion with John, and all parties involved believe this will be the right step for everyone associated with the club,” the statement added.

In the lead-up to ISL-6, the Englishman had expressed hope that the team would be able to recover from the poor performances in the previous season and return to winning ways.

Gregory, 65, had joined Cheanniyin as head coach on July 3, 2017, and extended his contract with the club for one year on March 19, 2018. The Englishman had previously managed Portsmouth, Aston Villa, Derby County, Queens Park Rangers, etc.

Placed eighth with five points from six outings, Chennai next travel for an away game against Jamshedpur FC on Monday.