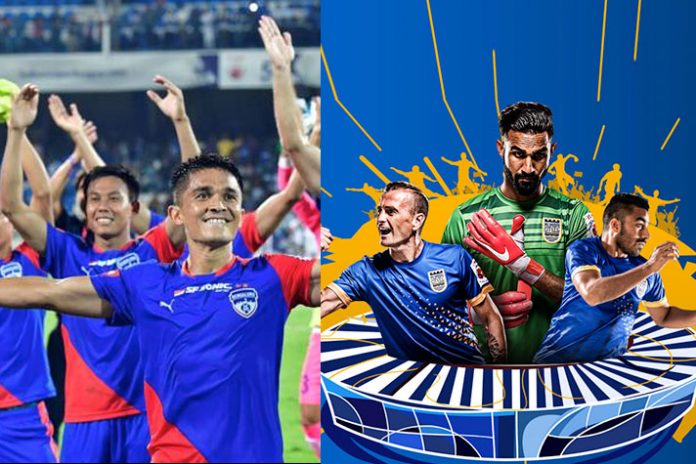 Bengaluru FC have played their first game of the Indian Super League Season 5 without title sponsor’s logo on their jerseys. Mumbai City FC are yet to name their title sponsor a day before their season opener on Tuesday.

With the Indian national football captain leading the Bengaluru camp and co-owner Ranveer Kapoor lending commercial strength to the Mumbai City FC, the two teams without title sponsors, however, remain the most sellable and strongest ISL combines in terms of commercial potential.

In a scenario when Delhi Dynamos have made the long-awaited announcement of their title sponsorship deal today (Monday) two days before they host Pune City FC for their first league game of the new season, there being no buyers for the JSW-owned Bengaluru FC and Mumbai FC appears intriguing. The people who are part of the business are not surprised at all though.

The two franchisees as part of their sales strategy are showing no desperation to ink a deal at the cost of their projected revenues. “JSW and Mumbai titles are amongst the most expensive sponsorship slots for ISL. These two big teams have preferred to wait rather than compromising on their rates,” a top media buyer who has negotiated multiple ISL sponsorship deals told insidesprt.co.

“There are brands who have interest in these two properties. But this being a long season, the clubs and brands are engaged in a waiting game. The brands are well aware that each passing day their negotiation power will increase. At the same time, these two teams are willing to set a bad precedent out of desperation. This is an interesting situation for the market.”

While the ISL franchisees are still struggling with their unsold sponsorship inventory, the one with the maximum brands on board Bengaluru FC has played their first game without the title sponsor. The $ billion Indian conglomerate JSW Group-owned team for the first time since the league’s inception has decided to sell the title sponsorship to replace the team owner’s JSW logo on the players’ jerseys.

The franchisee management in the hunt for a partner to the club’s most precious sponsorship property does not appear in a hurry. “We cannot confirm anything about our title sponsors as of now. This is a tricky situation for us. We are amid negotiations and hope that something will come up as an announcement in the coming week,” a Bengaluru FC official has confirmed to Insidesport.

Keep the principal sponsor aside, Bengaluru City FC have signed over 18 brands for ISL Season 5 with Kingfisher in the top-tier sponsorship category. Japanese noodles and packaged food brand Nissin and popular innerwear and athleisure wear brand Jockey are among the latest partnership announcements made by the club last week.

With the league already underway, Bengaluru FC and Mumbai City FC are the only two of the ten ISL teams without a title sponsor. 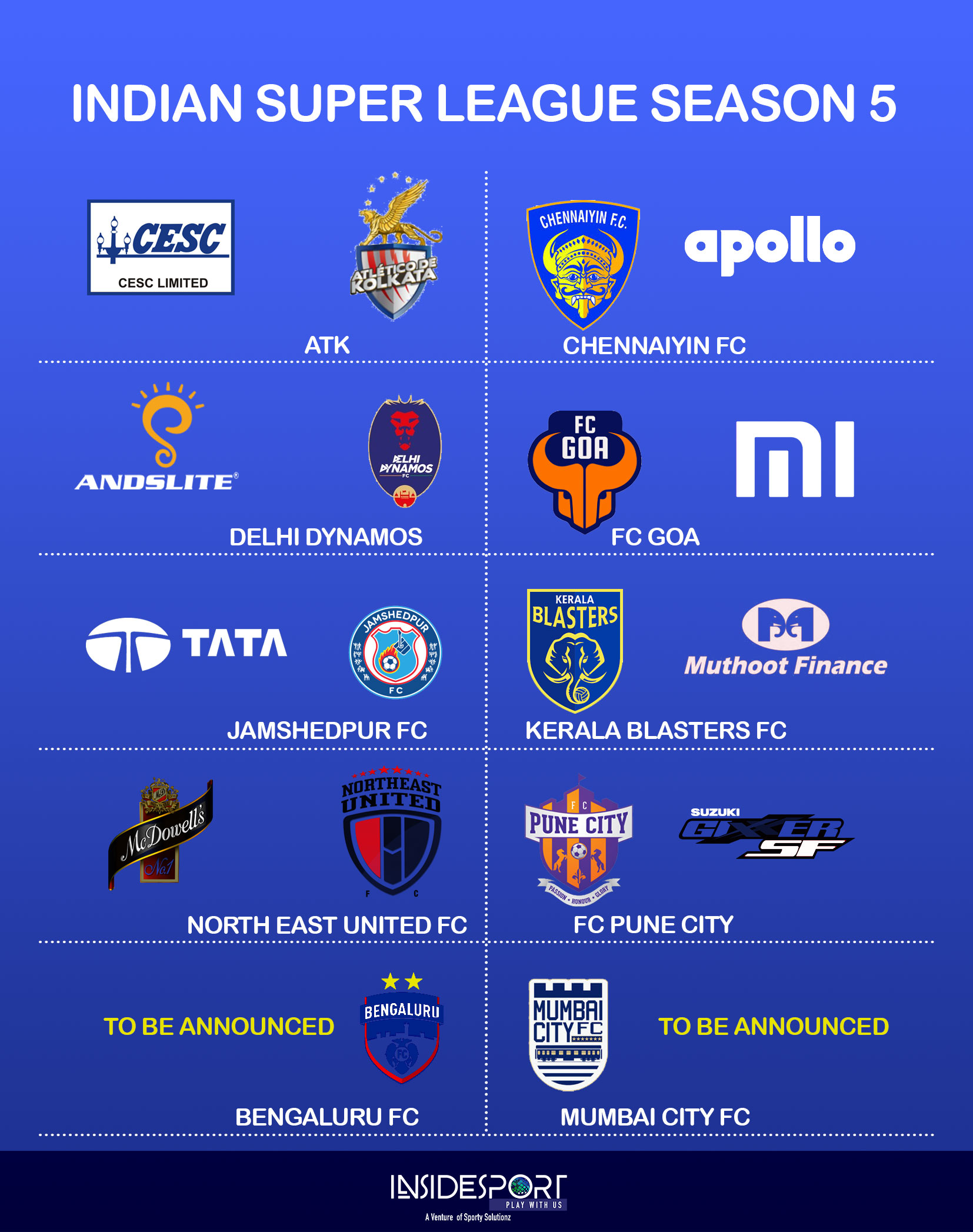 Mumbai City FC too claim to have closed 80% of inventory sales. Their hunt for the title continues as they open their campaign tomorrow against Jamshedpur FC. The Islanders have played the last three seasons with the logo of Ace Group, a real estate and construction firm, emblazoned on their chest. Fashion e-tailer Jabong was its title sponsor in the inaugural season.

While Ace Group has opted out of the deal following the massive decline in the real estate business, Mumbai City FC chief executive Indraneel Das Blah has told insidesport.co that the club was yet to announce their title sponsor. “We will make the announcement (about the title sponsors) soon,” Blah said. “We have closed 80% of our sales. There is just one slot left and we will close that ahead of our first game on October 2.”

Kerala Blasters FC is the only ISL team that has the longest running association with their title sponsor. Muthoot Group, an Indian multinational conglomerate headquartered in Kochi, Kerala, have remained on the front of the shirt of KBFC since the inaugural season in 2014.

Overall, the ISL teams who aggregated ₹200 crores from sponsorship sales last season are 30-40% short of that number with the start of the new season this year. However, the major chunk of this deficit lies with the teams which have not been able to sell their second and third tier inventories.

While ATK, Chennaiyin FC, FC Pune City and North East United FC will continue with their principal sponsors from the previous season, Delhi Dynamos and FC Goa have been lucky to announce their title sponsor close on the heels before they open their campaign. FC Goa have signed popular Chinese smartphone brand Xiaomi whereas the Dynamos have today announced LED brand Andslite as their principal shirt sponsor.