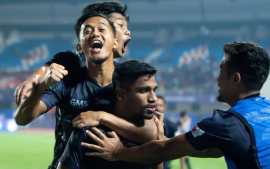 ISL 2021-22: Hyderabad FC owner to InsideSport, ‘change in foreign players’ rule a positive step, we are focusing on youth’

ISL 2021-21 – Hyderabad FC: Varun Tripuraneni might not be the most recognised name in the Indian football circuit, but the co-owner of…

ISL 2021-21 – Hyderabad FC: Varun Tripuraneni might not be the most recognised name in the Indian football circuit, but the co-owner of Hyderabad FC has been the architect of the Indian Super League franchise’s turnaround. From finishing at the bottom of ISL 2019-20 season, Hyderabad FC stunned everyone finishing 5th with a bunch of young Indian players, who have shined in the absence of big names in the league.

While the club narrowly missed out on the play-off spot in the ISL, their players, especially the young Indian ones such as Akash Mishra and Asish Rai amongst others made an impact. Hyderabad FC and co-owner Varun Tripuraneni are now aiming to perfect the near-successful run with a focus on youth development and building a fan base in the South Indian city.

ISL 2021-21 – Hyderabad FC: Varun Tripuraneni, who had a brief stint with Kerala Blasters before joining the newest franchise as one of the co-owners opens up on his plans for the upcoming season, club’s vision and tapping on Hyderabad’s football enthusiasm in an exclusive chat with InsideSport. Excerpts…

Varun: When we took over to set up Hyderabad FC in the 2019-20 season, we knew it was going to be an extremely tough season. But we know we were in it for a long haul. It wasn’t going to be a short-term proposition for us. We had to go through the grind, and we had the time constraint as we didn’t have the flexibility to make so many changes. It’s impossible to set up a facility in such a short span of time so we had to use existing facilities.

ISL 2021-21 – Hyderabad FC: So, only after two months, we started planning for the upcoming season. I think that was the turning point. Not just in the team but we also had some changes in the management. We were unlucky to have missed out on the semifinals, but the transformation started back in January 2020.

Varun: The immediate task was to identify our strength. We knew the best way to work on it was to focus on the young players. When you don’t do well in the season you have to face challenges when it comes to attracting the best players. We too faced that. I think we did communicate with the players about the club’s future and plans for a couple of years down the line. We managed it really well.

Varun: Starting with Thangboi, I worked with him at Kerala Blasters. Being a new club, we knew it’s not going to be easy and a gradual process. We felt he is the best options to handle the youth. Kerala did very well with Sahal Abdul Samad and Mohammed Rakip coming up from the youth ranks. Thangboi’s inputs on the Indian players was extremely important.

It was not easy to rope in Albert Roca as he had sort of doubts and he took a long time before signing on the dotted line. But his expertise in Indian football played a pivotal role for the club. Albert’s arrival made a big statement for us as the players knew the expectations going to be high.

It was bittersweet. It was actually a pretty strange situation at that time when you hear Barcelona came knocking for him. We didn’t have time and we had to move fast. We moved quickly in the market and the transition was excellent. Since Manolo Marquez took charge, everything has fallen in place pretty smoothly.

Varun: We started only from last season. We just put in that effort mainly for the foreign player at this moment. Data helps us to make the right decision. Just the luxury of having data gives any team the advantage to make their choices. It was really a start for us last year and we are looking for a data analyst as we are looking forward to strengthening this part of the technical team.

On partnership with Borussia Dortmund

Varun: The most important deliverable is on coaching education. Due to the pandemic, we haven’t been able to utilise the maximum potential of the brand. We knew we had to get things like grassroots, the planning right from the beginning that what’s Dortmund fits the bill perfectly.

Varun: It’s a very positive step. A couple of years back we knew this was coming. We always knew and that’s why we always discussed the possibility of a long-term contract with the Indian players. When we drew against ATK Mohun Bagan, we had only two foreigners on the pitch.

Varun: The league is still very young. You need to have more patience and need to invest in key areas. For the time being, we should focus on creating a fan base, the grassroots development. The key would be to stick to your philosophy and continue to invest in the academy. We are sort of close to a couple of long or short-term deals. The revenue stream has really picked up with decent money coming from transfers.

On importance of generating revenue through fanbase

Varun: It’s pretty encouraging as there are a couple of fan clubs and the potential is definitely there. We are also working with Borussia Dortmund’s fan engagement team to set up some workshops.

Varun: It did take a hit. We had a very low base for our revenue. The pandemic sort of put us on the back foot. We have had a good discussion and we are hoping to rake in good revenue this time.

ISL 2021-21 – Hyderabad FC: ISL has completed 7 years. I just feel the last 2-3 years have pushed it back but I’m very confident that most teams will be close to breaking even. We do have to be extremely cautious with costs but at the same time, the focus must be on fan engagement, strategic investments, various revenue streams. 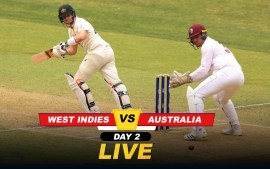