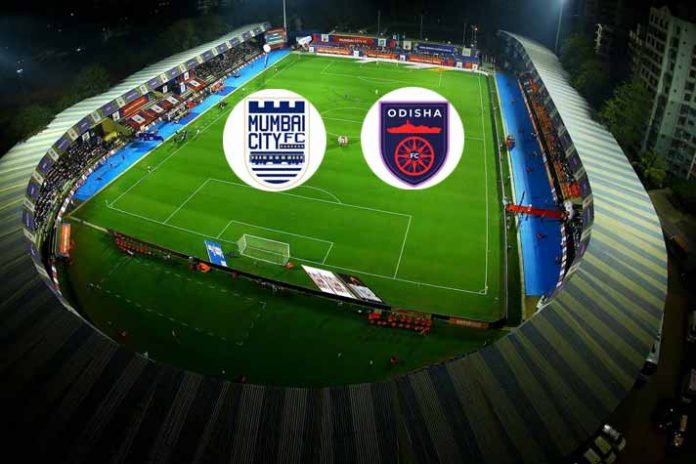 Hosts Mumbai City FC will aim to start their home leg with a win over newcomers Odisha FC when the two sides clash on Thursday in their Indian Super League (ISL) game.

Mumbai have so far played two games, in which they have won one and drawn the other against Chennaiyin FC on Sunday last in Chennai. In the other away game, they have defeated Kerala Blasters in Kochi 1-0.

The hosts for the Thursday game, who have never won the coveted ISL title, would like to add more points to their kitty by winning the game at the Andheri Sports Complex, which has been Mumbai City FC’s home turf for quite some time.

The Jorge Costa-coached team will have their hopes pinned on star forward Senegalese Modou Sougou, who was their leading goal-scorer last season. If 34-year-old Sougou fires and plays to his potential, then the Odisha defense will have a really hard time.

Last season, Sougou’s chemistry clicked with skipper Paulo Machado and if the duo clicks again, then the hosts could have an easy outing. However, Sougou will also have to adjust with the new set of forwards which include Tunisian Amine Chermiti.

Though the head coach would not have the services of their experienced mid-fielder Arnold Issoko, he has several good mid-fielders to deliver and these include Machado, Raynier Fernandes, Diego Carlos, Mohammed Rafique.

Mid-fielder Sourav Das will sit out due to an injury, it was learned.

An area of concern for Mumbai was that they were over-dependent on Sougou last season and this time, they will look to overcome this shortcoming.

Mumbai’s line will be manned by Pratik Chaudhari, Subasish Bose, Souvik Chakrabarti, who are expected to give a tough time to the Odisha forwards. It is understood that defender Mato Grgic will sit out of the game owing to an injury.

Mumbai is expected to go in with Amrinder Singh as their goal-keeper and his role will be crucial for the team’s chances. It would be interesting to see whether Amrinder can keep a clean slate or not.

On the other hand, Odisha is also looking for their first win of the season as they have suffered defeats in both their games played so far. The team, based in the eastern State, will have to block Sougou from scoring if they want to end their losing spree.

But for the home ground and name, little seems to have changed for the team that operated as Delhi Dynamos from the Jawaharlal Nehru Stadium in the Capital for the first five seasons of the Indian Super League.