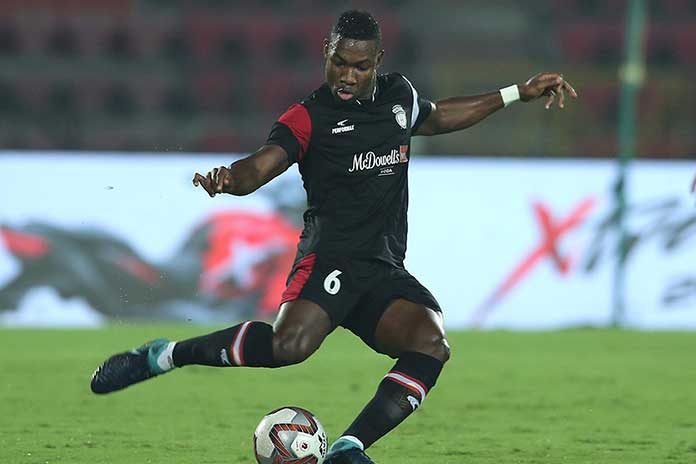 Following on from a sensational debut Hero Indian Super League (Hero ISL) campaign in 2018-19, NorthEast United FC midfielder Jose Leudo has been retained by the club and will don their colours in the coming season.

Born in Antioquia, Colombia, Leudo joined his local club, Boyaca Chico in 2009, but could manage to make just a single appearance for the senior squad. In the next five years, he represented a plethora of clubs from Uruguay and Argentina, after which he returned to his country with Deportivo Pasto. He made 42 appearances for them over a period of two years.

ISL 2019: Karanjit gets a new contract and coaching role at Chennaiyin

Leudo joined the Highlanders before the start of last season, and soon became one of the more important members of the squad. With Rowllin Borges, who has now moved to Mumbai City, the Colombian formed a strong midfield partnership which helped propel the likes of Federico Gallego and others in attack.

The 25-year-old completed 859 passes at an accuracy of 85.33% last season. He also contributed in the defensive phase, putting 41 tackles, 26 interceptions and clearing the play 59 times.