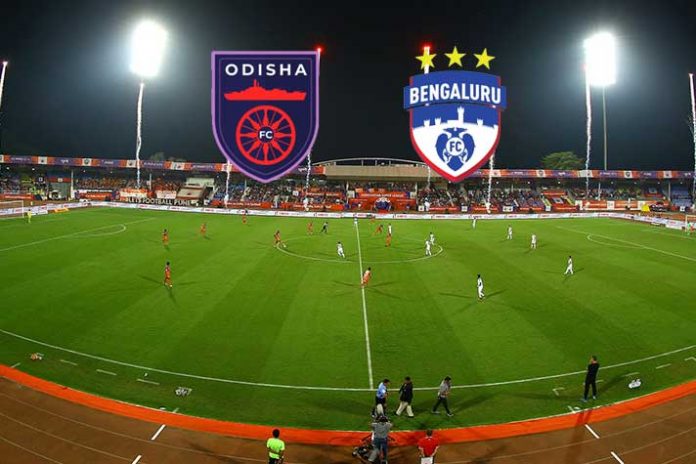 Odisha FC will host defending champions Bengaluru FC at their adopted home venue in Pune in the Indian Super League 2019-20 today (Wednesday). The visitors, who have won two of their last five ISL 2019-20 games, will be eyeing an absolute win that will put them atop the league points table.

Odisha FC, despite having changed their identity and home ground – from Delhi Dynamos and the national Capital respectively – haven’t been able to change much in terms of their fortunes. The team after six matches is placed in the bottom half of the ten-team league with only one win this season. They have managed to force draw in three and lost the other two.

It will however not be easy for the home team to end their four-game dry run and cause an upset.  “It is a beautiful game against Bengaluru (FC), who are one of the strongest sides and the current champions of the ISL. I think it will be an interesting game because both teams play similar football. I am happy with the way we are preparing well for this game and the mentality of the team,” PTI has reported team coach Gumbau was quoted as saying by PTI.

Bengaluru FC will be eager to overcome the missed opportunity of an outright win against lowly Hyderabad FC, who had enforced a draw when the two teams met last.

“Most of the games we were dominating. We have to finish those games well. We have not been good enough in certain aspects, and we have to work on that. I am not worried about not getting goals. Sunil is an experienced player. He is giving us solutions. Ashique and Udanta are young players and they are improving,” said Bengaluru FC manager The Carles Cuadrat.

Fans can also watch LIVE streaming on Hotstar and JioTV from 7:20 pm.