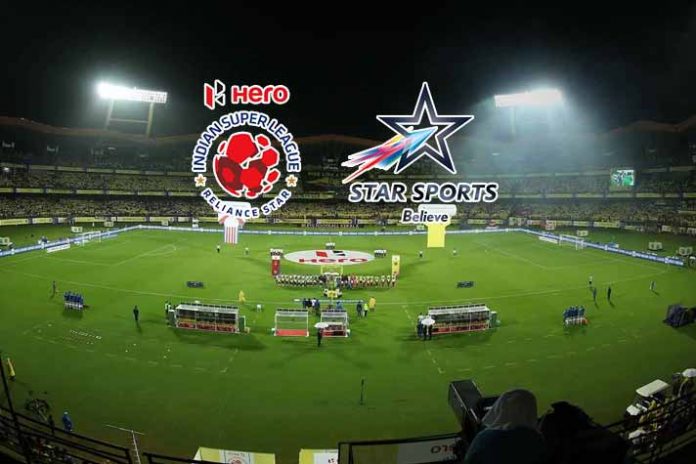 The Indian Super League Season 6 opening game between Kerala Blasters and ATK has been watched LIVE will 34 million viewers. This marks a two-fold growth in viewership over the first game of the previous season. The number has also been doubled on OTT platform Hotstar.

In its first season as India’s premier club football league, Indian Super League has made a roaring start as the ISL Season 6 opened up with a spectacular star-studded opening in Kochi on October 20.

The season opener between arch rivals Kerala Blasters FC and ATK registered 1.2 TVR and 96% growth in TV ratings among M15+AB Urban and an impressive 97% viewership growth on Hotstar over last season, ISL host broadcaster Star Sports has stated in a Press release.

Read More: ATK pump in five past Hyderabad in ISL

The Kerala Blasters and ATK have a long history and have met previously in two finals – 2014 and 2016, both of which were won by ATK. Kochi’s Jawaharlal Nehru Stadium was a sea of yellow and the home side gave its fans a lot to celebrate by winning the highly contested game 2-1 and setting a standard for the ongoing season. The fans also witnessed high octane performances by Bollywood Superstars Tiger Shroff and Disha Patani who grooved to their super hit tracks and joined in the celebrations.

There has been a consistent rise in the fan following for Indian football in the country and the Hero ISL, the premier football league of India, has been at the heart of this revolution getting bigger and better with each passing year. A seven month wait ended with the highly anticipated season opener that had fans glued to their TV & mobile screens which was broadcast in 7 languages and 20 channels. This season with the inclusion of the two new teams, Hyderabad FC and Odisha FC, the Hero ISL will see more diverse fan cultures and an increase in the footprint of Indian football in new frontiers.

Opening with a flying start, the Hero Indian Super League, will be bigger and better than ever before, with more audiences expected to tune-in to catch their favourite team battle for the championship and coveted AFC Champions League play-offs spot.

Fans can catch all the football action in the Hero Indian Super League Season 6 on the Star Sports Network, Hotstar and Jio TV