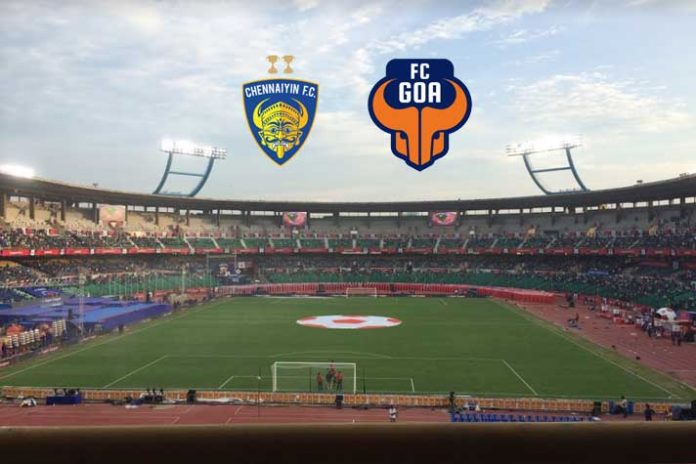 Chennaiyin FC’s mini-revival of sorts will be put to test when they face second-placed FC Goa in their Indian Super League match at the Jawaharlal Nehru Stadium in Chennai.

The Marina Machans have been in good form of late and are unbeaten in the last four games — two draws and two wins. The recent revival of form, spearheaded by new coach Owen Coyle, has seen them overcome a disastrous start to the season where they managed to get only a point from the first four matches. The team is currently placed eighth on the table but a win over FC Goa can propel them to the sixth spot. However, it will not be an easy task.

“We face a fantastic team. FC Goa are at the top of the table on merit. For me, they are the best team in the country, the table doesn’t lie. They have more points than anyone because they have quality. We respect them but do not fear them,” said Coyle.

FC Goa are also in good form and are at the second spot in the table with 18 points from nine matches. They are also on a three-match winning run, with the last game against Odisha ending 3-0 in their favour. The Gaurs will see Thursday’s match as an opportunity to consolidate their position in the top-four.

Coyle will want his star forward Nerijus Valskis to continue his purple patch. The Lithuanian forward has scored five goals in the last four games and is third on the goal-scoring charts. In fact, he has contributed 62.5 per cent of Chennaiyin’s goal, indicating the home team’s reliance on their lead striker.

However, much will also depend on Lallianzuala Chhangte who opened his tally for the season in their previous match against Kerala Blasters. His pace and ability to penetrate defences will be of use for Coyle’s side who will be expected to defend stoutly against a possession-hungry Goa side. Chhangte will be a useful outlet during counter-attacks.

“We have shown if we could perform as we did vs Kerala Blasters, then we can pick up points. Tomorrow, it will be two attacking teams trying to win the game. Looking forward to the game and we believe we can win the game,” expressed Coyle.

FC Goa’s attack will pose plenty of problems for the Chennaiyin defence as well. Ferran Corominas, since coming back from injury, has been in good goal scoring form and has tallied six goals already. Brandon Fernandes and Hugo Boumous will look to provide ample service to Coro but one thing Lobera would like to see is his team improve their conversion rate.

“I said after the match (against Odisha) that we need to improve on our mistakes and we are working to try to improve and be 100% for the next game,” said Lobera. “I think, with the new coach (Owen Coyle) in Chennaiyin, it’s possible to see some changes. Chennaiyin plays with more intensity and a good balance of offensive and defensive. It’s not an easy match for sure,” he added.

Chennaiyin’s defence, which will miss Eli Sabia (suspended), will have a tough job on their hands. Moreover, FC Goa have an envious record in Chennai. The Gaurs have won four out of the five matches they played at the Jawaharlal Nehru stadium during the league stages.

The home side will also need to banish the memories of a crushing 0-3 defeat FC Goa handed out to them on the opening match of this season.