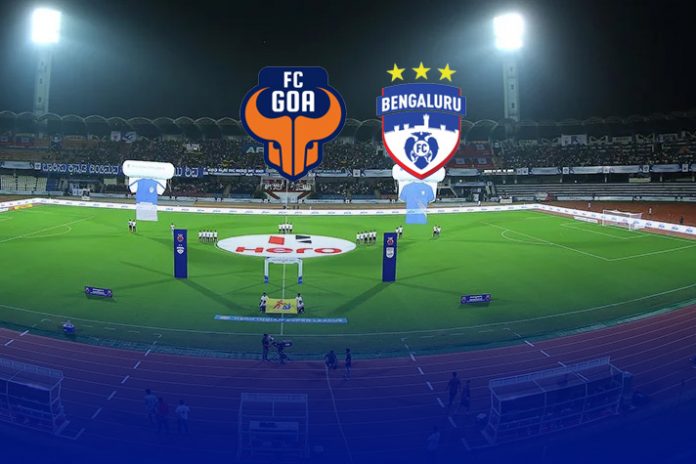 Defending champions Bengaluru FC will lock horns with table-toppers FC Goa in their home match of the Indian Super League in Bengaluru on Friday, in what promises to be a cracker of a contest between two top sides of the tournament.

“We are going to face one of the best teams in the ISL. It’s a big match for us but I think in the situation right now, the pressure is on them. We have five points between us. We can go to Bengaluru with confidence and if we can get three points, the gap will increase to eight points,” said Goa assistant coach Jesus Tato.

Goa’s task of turning their fortunes around against the Blues will be that much harder as they will be without coach Sergio Lobera on the touchline after he was sent off in their last game against Chennaiyin FC.

A lot would depend on star striker Ferran Corominas, who has been in form lately. However, the Spanish striker hasn’t really come to life when pitted against Juanan and Albert Serran.

Another key player will be Brandon Fernandes who comes into the tie on the back of two goals in as many games and also has five assists to his name. In fact, no Indian has a better goal involvement number than the 25-year-old Goan.

“I think we’re doing well this season, quite similar to last season in the way that we’re missing our striker for nine games (Miku). We’re missing Onwu for 7 games. If you see the top scorers table, every team has a foreigner with goals,” said Bengaluru coach Carles Cuadrat. “In the end, football is about balance and we have been balanced enough to have been fighting for the playoffs in the last two seasons.”

Bengaluru have struggled this season against fellow play-off contenders, losing to ATK and Mumbai City FC, while they could only manage a draw against FC Goa in the reverse fixture.

And come Friday, Cuadrat will be desperate to ensure they take everything at stake in a potential ‘six-pointer’.

Set-pieces could play a big role in deciding the outcome of the match. Both teams make the most of offensive set-pieces — FC Goa’s 11 out of 22 goals have come from dead-ball situations while six of Bengaluru’s 11 goals have stemmed from setpieces.

Both teams have the best records in defending set-pieces as well.

“They concentrate more on setpieces, which I know from when I was playing for them. They had a special session on setpieces. We have to take care of the fast players like Udanta (Singh) and Ashique (Kuruniyan) but most importantly we have to play our own game the way coach wants us to play,” said Goa player Mandar Rao Dessai, who has played for Bengaluru in the past.

Also Read: Juanan fires Bengaluru to the top of ISL