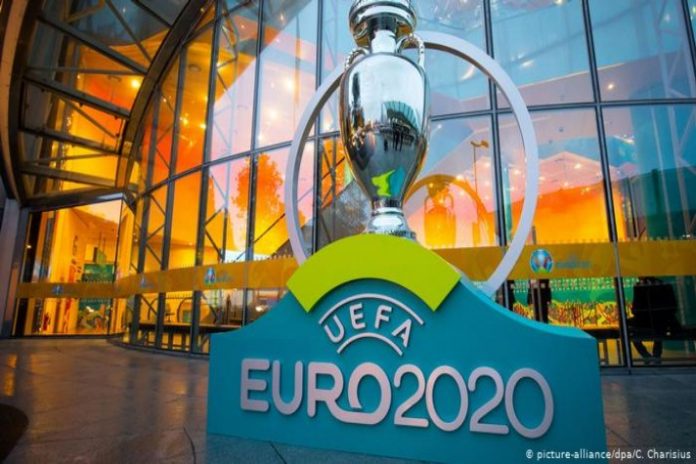 Is UEFA compromising its own motto of ‘going green’ to accepts sponsorship deals for Euro 2020 from the brands which do not have a good track record for environment protection.

UEFA has reportedly inked sponsorships deals with carmaker Volkswagen and Azerbaijan’s State-run oil company SOCAR for the Euro 2020 despite the companies having poor environmental records. Volkswagen has been a sponsor of EURO’s international competitions since 2017, despite the scandal that broke in 2015 when it admitted to cheating on emissions tests on its diesel cars.

UEFA has already come under fire for holding the tournament in 12 different countries across Europe, creating a massive carbon footprint from fans’ travel.  Among the EURO 2020 sponsors, Azeri sponsor SOCAR is the State-run oil company of the Caspian country ruled with scant regard for human rights by the Aliyev family since independence from the USSR.

Russian State energy giant Gazprom is one of Moscow’s main foreign-policy tools used by President Vladimir Putin to further the country’s political and economic interests, Kremlin critics say. Gazprom has also been the main sponsor of the UEFA Champions League since 2012.

UEFA said that it is “conscious of the dilemma” presented by its closeness to SOCAR and Gazprom in terms of their environmental impact. “We believe that it is still worthwhile to try to apply sustainable event management criteria, where possible when organising a major event,” UEFA has stated in a written response to AFP.

The logos of Gazprom and SOCAR will be hard to miss at the tournament, especially as they have strong links to two of the stadiums hosting matches. The stadium in Russia’s northwestern city of Saint Petersburg is called the Gazprom Arena, although it will change its name during the tournament. SOCAR poured “at least 850 million” into the stadium in Baku, according to the OCCRP, an NGO that works with investigative reporters in Eastern Europe.

The total value of such contracts is kept secret but sports media puts them at tens of millions of euros. Euro 2016 earned € 483 million euros ($ 527 million) for UEFA in commercial rights revenue. In exchange for UEFA sponsorship, Gazprom and SOCAR have massively boosted their profile.

Sponsorship of international events “helps both raising the brand awareness of SOCAR as an internationally positioned company and Azerbaijan as the country of origin and a new tourism destination,” said company spokesman Ibrahim Ahmadov.

When the Europa League final was played in Baku last year, Amnesty International has said that Azerbaijan should not be allowed to “‘sports-wash’ its appalling human rights record as a result of the football fanfare”.

Azerbaijan has been ruled with an iron fist since the Soviet era, first by Heydar Aliyev and, since 2003, by his son Ilham.

UEFA insists that it signed a contract with SOCAR, not Azerbaijan, but in reality, there is little distinction between them as SOCAR is the state oil company of a country where oil makes up 90 percent of exports and the revenues account for half the national budget.

The heads of international sports organisations have a “unique opportunity” to make things “more transparent and ethical,” said Chiappero, but so far he “cannot see any move in that direction.”

Ultimately the debate is unlikely to affect football fans’ view of Euro 2020, he said. “We’ve seen in studies that scandals had no impact on consumers. Today, whether SOCAR is dirty or clean, it won’t have any effect on the consumers of football.”